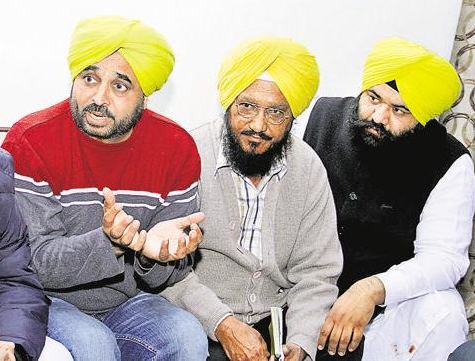 The RBI about a week ago had discovered that food grains supposed to have been purchased with bank funds have vanished from Food Corporation of India (FCI) godwons in Punjab.

Before May 16 the AAP would hold protest demonstrations at various parliamentary and assembly segments in the state to highlight the food scam so that the real cultpirts could be brought to justice.