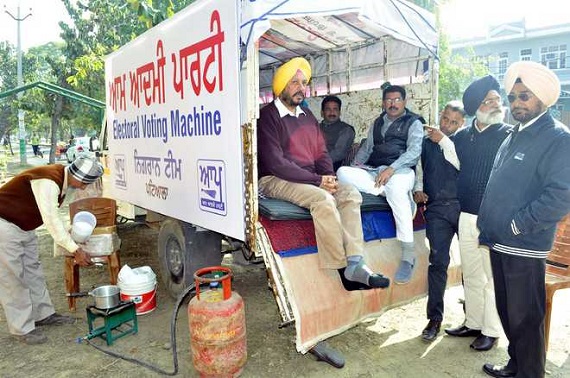 AAP’s candidate Balbir Singh (L) with party activists outside the Government Polytechnic College for Girls in Patiala on Thursday. A Tribune photo

Though AAP volunteers have already parked a van outside the college for the last few days and are guarding the electronic voting machines (EVMs) round-the-clock in shifts, Balbir Singh stated that he had urged the authorities to provide him live feed of the CCTV cameras installed in the strong room so that he could keep a proper round the clock  track of every activity inside the room.

Nevertheless, he alleged that Patiala SDM Pooja Syal was unnecessarily delaying the issue on one pretext or the other which had raised suspicion among the party volunteers.

“When Capt Amarinder Singh can put his own lock on the strong room in Lambi to guard the EVMs, why can’t the authorities provide us live feed is beyond my understanding. Moreover, the feed is already being provided in different Assembly segments so such delay certainly leads to discontent,”said Balbir Singh while interacting with the media. 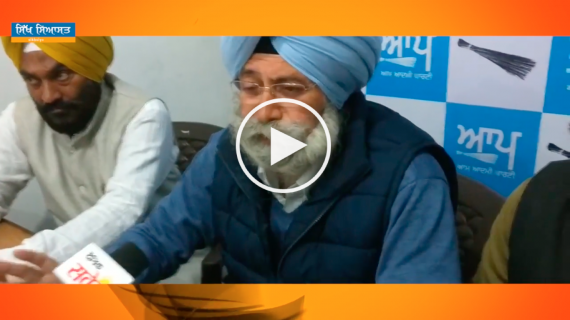