Chandigarh: A statement by the Aam Aadmi Party states that the AAP would protest against the BJP led centre and SAD-BJP led state government for their failure to tackle the atrocities happening everyday with the Dalits across nation on July 23.

AAP’s SC/ST Wing Convener Punjab, Dev Mann said that the incidents of attacks on Dalits across the country shows that BJP is anti-Dalits and the government is not serious about providing security to Dalits. 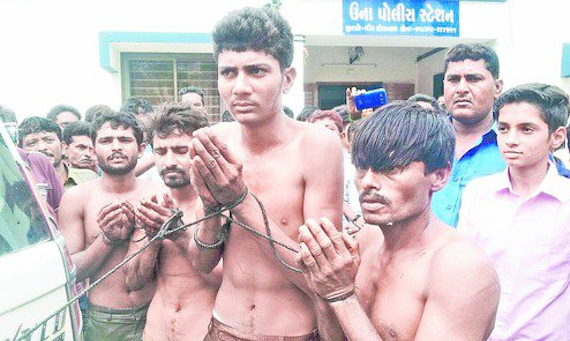 Dev Mann said that AAP will protest against the government seeking resignation of Chief Minister of Gujrat, Anandiben Patel for failing to protect the lower casts in the state. He also criticised the incident of Dalit women being raped by the people belonging to upper cast who committed the same crime same crime in 2013. AAP seeks resignation of Haryana Chief Minister, Manohar Lal Khattar in the case.