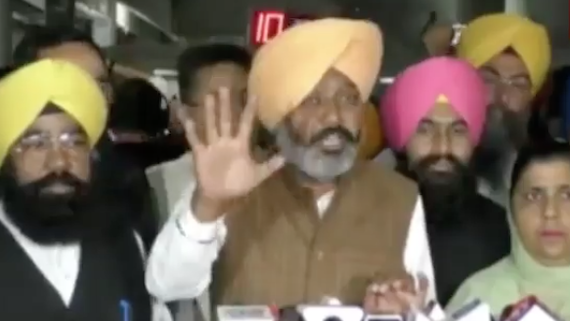 Talking to media persons after the walkout, Harpal Singh Cheema said the state DGP should be immediately sacked for his highly insensitive statement against the venerable place where the Guru Nanak Ji had spent his last days.

While referring to Punjab DGP’s pictures with Pakistani woman Arusa Alam that were going viral on social media, AAP leader said that it appeared if she was actually running the Punjab government.

Harpal Singh Cheema said that those who were indulging in hate propaganda over the historic Sri Kartarpur Sahib corridor should come and explain on what basis Arusha Alam was staying in Punjab?

Addressing media persons, Bhagwant Mann said that DGP should be removed from his post for his utterances against Kartarpur Sahib.

Talking to a TV journalist Kultar Singh Sandhwan rejected Punjab CM Amarinder Singh’s argument that DGP’s statement was a ‘humanly mistake’. He said the state DGP does not enjoy liberty to commit such kinds of mistakes.