Chandigarh: The core committee of trouble torn Aam Aadmi Party (AAP) today announced to declare its candidates for Lok Sabha Elections by December. The party has also announced new office bearers. The announcement comes a day ahead of the day (Oct. 24) when its rebel section will announce parallel structure of the party.

An official press release by AAP state’s that its core committee met here under the Chairmanship of Principal Budh Ram. Bhagwant Mann, Prof Sadhu Singh and Harpal Singh Cheema and other members attended the meeting. 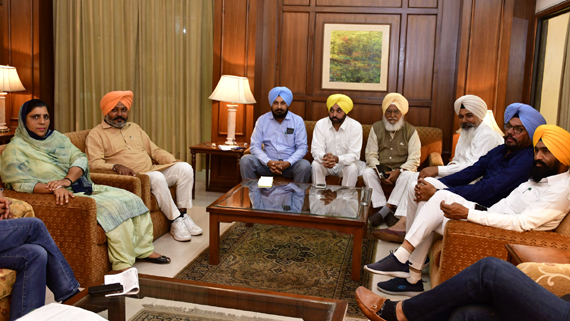 Principal Budh Singh said that party has decided to give preference to party workers for the tickets in Lok Sabha elections of 2019. He said that AAP volunteers with clean image and good refutation would be considered. He said that first phase of screening of candidates would be completed by November 2018 and final list will be declared by December end. He said that all candidates will be finalized by core committee of Punjab and names will be sent to central party for approval. He clarified so far no candidate has been announce for the Lok Sabha.

The core committee paid tributes to victims of Amritsar rail tragedy. Bhagwant Mann said that no clean chit should be given to Railway before an inquiry is conducted. He demanded a probe into the railway’s role in the accident.