Chandigarh: The Aam Aadmi Party MLA from Sunam, Aman Arora on Saturday appealed Punjab chief Minister Capt. Amarinder Singh to make the names of drug dealers public who according to him were active in drug trade in state and have now fled to foreign countries.

In a press statement, Aman Arora said that Capt. Amarinder had told the AAP delegation met him on July 3 that the govt. has identified 3 kingpins of drug trade in state but all of them have left the country in the past. 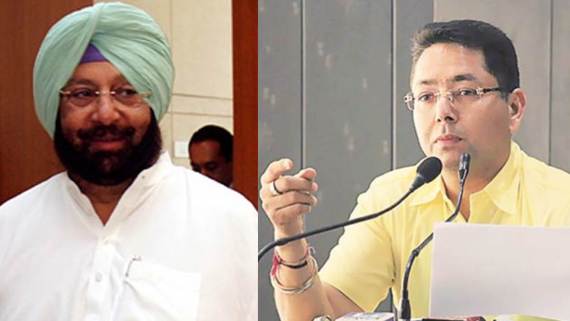 Doubting the intentions of Capt. Amarinder Singh, Aman Arora said that as per the past record of last one and half year of Congress govt. in state, it seems doubtful that the Congress govt. will do any fruitful efforts to weed out drugs in state in days to come.

Reminding Capt. Amarinder Singh of his statement on the floor of Punjab Vidhan Sabha that his govt. has a list of names of the Badal-BJP leaders indulged in illegal mining in state, Arora feared that the recent statement of Capt. Amarinder should not go in same way. He said had the CM then revealed the names of sand mafia Badal-BJP leaders, the loot of natural sources of state could have avoided. He also appealed the CM to take the issue of drug menace in state seriously as it has already destroyed a generation of Punjabis.