Chandigarh: Aam Aadmi Party (AAP) continues its tirade against Punjab Revenue Minister Bikram Singh Majithia for alleged links with the drug mafia and said statements recorded by the Enforcement Directorate (ED) of drug smugglers were clearly evident of his direct involvement in the drug racket.

Addressing a press conference at Chandigarh on March 31, AAP’s legal cell head of the Punjab wing, Himmat Singh Shergill, said Bikram Majithia can’t shrug off the charges those link him with the drug smugglers by simply saying these were old. 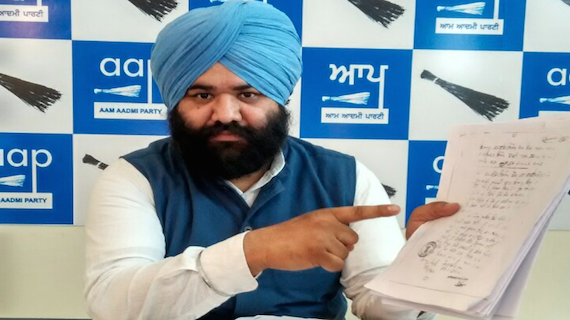 “Our contention is that since ED is under direct control of Narendra Modi led BJP government at the centre which in alliance with the Shiromani Akali Dal (SAD) in Punjab thats why it has failed to make a significant headway in the probe against Majithia. On the other hand Punjab Police is under direct control of Bikram Majithia’s brother in law Sukhbir Badal. Therefore despite having a strong evidence against Majithia no government agency was eager to take the probe to its logical end”, said Shergill