As per information the closure report was filed by the investigative agency last month, the NIA special court in Ahmedabad recently accepted the report. The report has cited “insufficient evidence” as the reason for closing the probe.

“This is the first closure of any of the Hindu terror cases where investigation by NIA had pointed to involvement of several right wing fundamentalists and even former RSS members” notes the Economic Times.

“The 16 page final report named no suspects but only said that “the complainant is the victim of the blast and is fortunate enough to have survived”, notes the Indian Express. 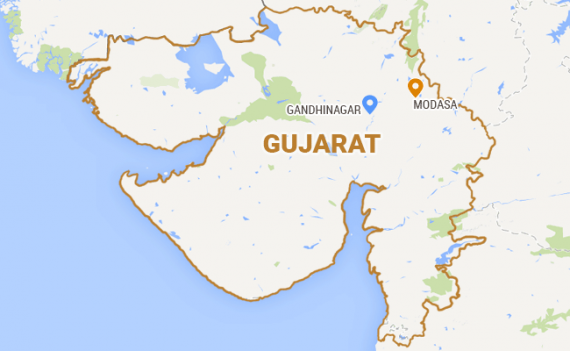 The Modasa blast was carried out on September 29, 2008, a day after the Malegaon attack in the month of Ramzan. The blast had claimed life of 15 year-old Zainuudin Gori and 10 persons had sustained injuries in Modasa blast while six persons were killed in Malegaon.

“Bombs used in both incidents were similar and were planted on a motorcycle” notes the Economic Times.

Last month, Rohini Salian, Special Public Prosecutor in the case related to the Malegaon 2008 blast, told media that over the past one year, she has been under pressure from he NIA to go “soft” in the case.

More recently, on July 6, a key witness in the 2007 Ajmer Dargah bomb blast case turned hostile – the fifteenth so far to have turned hostile since June last year (i.e. after the Modi government took to office in the Centre).

According to Indian Express [t]here were striking similarities between the Modasa blast and the Malegaon bombing, which took place a day before. Both cases took place around the same time – 9.30 pm – and in both instances the explosives were concealed inside a motorcycle.

Media reports have quote a NIA spokesperson as saying: “If we get any evidence in future, we can always reopen the investigations”.

“The probe suffered a setback because we could not detect or apprehend the two main accused Sandeep Dange and Ramji Kalsangra, who were suspected to have orchestrated the Modasa blasts, despite our best efforts,” said another senior NIA official. NIA in its closure report has also indicated that the case was transferred to it in 2011 while the incident took place in 2008 due to which crucial evidence was lost.

NIA claimed that while investigations were carried out by retrieving the engine and chassis number of the bike used in the blast, the last three digits could not be read after the explosion. At that point, there was also an assumption that the number was probably tampered to avoid detection. Investigators kept working through various permutations and combinations of the numbers but could not trace the owner.