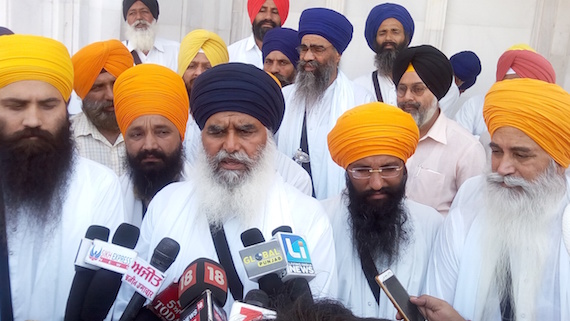 Three acting Jathedars along with Bhai Majot Singh and Bhai Suba Singh held a meeting at Amritsar and later told reporters that Sucha Singh Langah was excommunicated from the Sikh panth for committing a Kurehat. They also announced to excommunicate Buta Singh, secretary of Gurdwara Chhota Ghallughara, Kanhnuwan as he was also accused of committing similar Kurehat. Bhai Dhian Singh Mand said that Buta Singh was found guilty of having illicit relations with a woman by a probe committee.