Jalandhar:  The acting Jathedar Dhayan Singh Mand  appointed by the Sikh gathering of November 2015 while crticising the Shiromani Gurdwara Prabandhak Committee (SGPC) for deteriorating the management of gurdwaras across the state has here on Monday announced to  launch a ‘gurdwara management reform movement’. 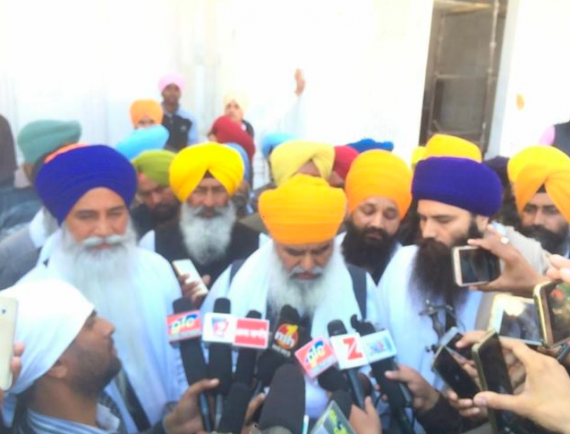 While addressing the press conference in here on Monday acting jathedar Dhyan Singh Man,  Baljeet Singh Daduwal and Amrik Singh Ajanala said that they were constrained to start the movement as there was no end to incidents of beadbi (sacrilege) and Sikhs are anguished.

“Earlier the Parkash Singh Badal government did not make any attempt to deliver justice in the Bargari sacrilege incident. Now, the Captain Amarinder Singh government has also failed to give any results in the last three months,” he said, reports Times of India (ToI).

Moreover, Dhyan Singh Mand while sharing the details of his proposed drive said that  they will hold a series of meetings with the granthis and discuss their grievances till August 1. He added that they will meet the ‘dhadi jatha’, ‘ragis’, Sikh Federations and political leaders in the second phase of the campaign.

Apparently, he accused the SGPC members of misguiding youths, who are distancing themselves from Sikhism. “SGPC has become a corrupt body and has failed to fulfill its purpose of working for the welfare of Sikhism. They are working on directions of political leaders,” Dhyan Singh Mand claimed.

”Amarinder Singh has forgotten his poll promise of conducting probe to punish the culprits involved in sacrilege incidents. “Even after three months, he has failed to prevent such incidents,” he further alleged, reports Hindustan Times (HT).