Abohar: Aam Aadmi Party activists held a protest against the selection of Fazilka-based Atul Nagpal as AAP candidate for Abohar constituency during a meeting held at Abohar on Sunday.

As per media reports, the activists said Nagpal, an outsider millionaire who had recently joined AAP allegedly aspiring only for the ticket, couldn’t be accepted as candidate. 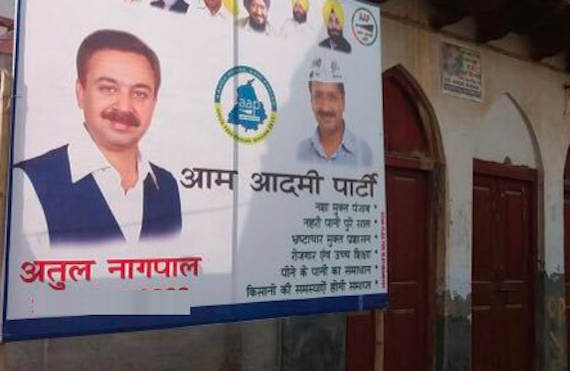 AAP activists also accused the high command had earlier committed a “blunder” by nominating Congress turncoat Giri Raj Rajora as the candidate for Balluana segment and had to change the decision. They said a similar blunder was being done for the Abohar constituency, much to the discontent of hundreds of workers who were serving as pillars for the organisation since the last Lok Sabha elections and had campaigned in favour of party candidates during the Delhi elections too.