New Delhi, India: The Tripura government’s decision to withdraw the Armed Forces (Special Powers) Act, 1958 (AFSPA) from the state must pave the way for the repeal of the law, Amnesty International said in a press release, a copy which was sent to the Sikh Siyasat News.

On 27 May, the Tripura Government announced that it would recommend the withdrawal of the AFSPA 18 years after it was introduced in the state. Tripura Chief Minister Manik Sarkar said the decision was “taken in view of the decrease of militancy-related incidents in Tripura over the last few years”. 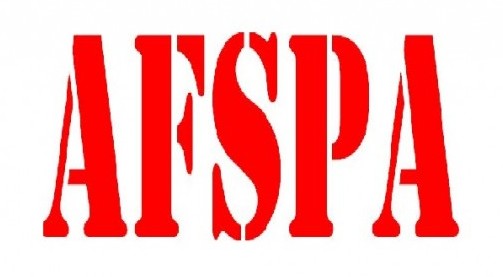 The removal of the AFSPA will bring millions in Tripura out of the shadows of one of India’s harshest laws, which threatens human rights and fundamental freedoms guaranteed under the Constitution of India and international law. However the AFSPA is still in force in several other states, including Assam, Nagaland and parts of Manipur, Mizoram, Meghalaya and Arunachal Pradesh. Another version of the law is in force in Jammu and Kashmir.

The AFSPA provides sweeping powers to soldiers, including the power to shoot to kill in certain situations and to arrest people without warrants. It also provides virtual immunity from prosecution by requiring prior permission from the Central Government before security personnel can be prosecuted. This permission is virtually never given.

The law has facilitated grave human rights violations, including extrajudicial executions, enforced disappearances, rape and torture and other ill treatment.

A number of Indian bodies, including the Second Administrative Reforms Commission, the Justice Jeevan Reddy Committee and the Prime Minister’s Working Group on Confidence-Building Measures in Jammu and Kashmir have urged the repeal of the law.

The Justice Verma Committee, set up to review laws against sexual assault, said that the AFSPA legitimizes impunity for sexual violence. The Justice Santosh Hegde Commission, set up by the Supreme Court to investigate cases of fake encounters in Manipur, described the law as “a symbol of oppression, an object of hate and an instrument of discrimination and high-handedness.”

Several international bodies and experts, including the UN Special Rapporteurs on violence against women, extrajudicial executions and human rights defenders, have also called for the repeal of the AFSPA.

Laws like the AFSPA have no place in any part of India. The Government of India must respect the rights of everyone to justice and equality, and repeal this oppressive law in its entirety.

Authorities in Tripura also need to ensure that all alleged human rights violations by security forces in the state are independently investigated and those suspected of criminal responsibility are prosecuted in civilian courts.