After 27 Years, 6 Cops Convicted in Baba Charan Singh Karsewa and 5 Others’ Murder Case

The court of special CBI judge Karunesh Kumar convicted Inspector Suba Singh, Sukhdev Singh (HC), Bikramjit Singh (SI) under section 364 (abduction with intent to murder) and sentenced them to imprisonment of 10 years each.

The court also convicted Sukhdev Raj under section 365 and sentenced him to undergo imprisonment for 5 years.

Suba Singh (second) and Lakha Singh were also convicted but they were let off on probation. 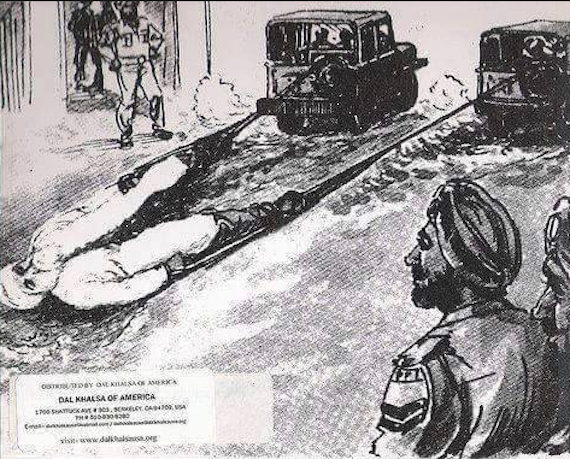 The court acquitted Gurmeet Singh (who was DSP at the time of murder of Baba Charan Singh), Kashmir Singh (who is serving AIG) and Nirmal Singh (SI) in this case.

The team of human rights lawyers who were also pursuing this case as councils of the victims’ family told Sikh Siyasat News (SSN) that the petitions to try Punjab CM Amarinder Singh’s security incharge Khubi Ram in this case are pending before the High Court.

→ READ THIS NEWS in PUNJABI/GURMUKHI

Notably, Baba Charan Singh, his three brothers, his brother-in-law and his son, were picked up by Punjab police and they were kept in illegal detention by CIA staff Tarn Taran and in other police stations and killed days after that, in 1993.

Flaw in Charges and Under Sentencing by CBI Court:

In the present case the victims were abducted with intent to murder in 1993 and they are not heard of since then. Therefore it was a clear case that they were murdered after their abduction. But the accused were not charged with murder.

Section 364 of the Indian Penal Code defines the offence of Kidnapping or Abduction with Intent to Murder and provides for punishment for this offence. Under this section the offence is punishable with imprisonment for life or rigor­ous imprisonment for a term which may extend to ten years.

So there is a discretion available with the court to either sentence the convicts to undergo imprisonment for life or any term of rigor­ous imprisonment extending upto ten years. But this discretion has to be exercised judicially.

In present case, while pronouncing the quantum of sentence under section 364 the court had the option to take into notice the fact that the victims were murdered after abduction (as they are nor heard of in last 27 years), the court could have granted imprisonment for life to the convicts. But the judge chose to grant a less strict sentence of ten years imprisonment.

How the SCI Stay Had caused 14 Years Delay:

Baba Charan Singh’s case was one of around three dozen cases that are being tried by Special CBI courts in Mohali. These cases rare elated to crimes against humanity committed by Punjab police officials. Most of the incidents date back to late 1980s or early 1990s. These are few cases that were handed over to the CBI for investigation.

The CBI had completed its investigation in late 1990s and cases were registered against accused cops. The trial process had remained stayed by the Supreme Court of India for 14 years. The SCI had imposed stay on trial back in 2002 and the apex court of India took 14 years to decide a petty technical issue. The stay was lifted in 2016.