Chandigarh: Shiromani Akali Dal (Badal) has reportedly decided to hold constituency wise rallies in Punjab. A news reported by Daily Ajit says that core committee of SAD (Badal) held a meeting at Chandigarh on late evening of September 17 and took review of current political position of the state, especially in wake of recent rallies by Capt. Amarinder Singh camp of Congress and the ongoing massive rallies of the Aam Aadmi Party. 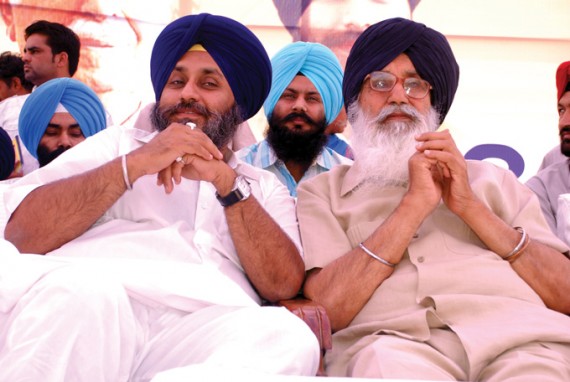 As per reports the ruling party has decided to hold rallies after harvesting of paddy crop is over in Punjab and Punjab CM Parkash Singh Badal and deputy CM Sukhbir Badal will be addressing these parties.

Some members of the core committee of the ruling party reportedly raised concerns that party base in farming sections of Malwa belt in Punjab was upset due to government failure to help farmers against white fly attack on cotton crop. They said that farmers are also angry with the ruling party due to ban on taking out sand from their personal fields.

Whereas some members expressed concerns over massive rallies by the Aam Aadmi Party, others refuted the concerns saying that AAP had transported supporters from all over the Punjab during their local rallies.