New Delhi: The Punjab government has reportedly withdrawn a bill that proposed life imprisonment for beadbi of the Guru Granth Sahib.

The Bill was introduced in the Punjab assembly by the Shiromani Akali Dal (Badal)-led government in 2016, in the aftermath of beadbi of Guru Granth Sahib in various parts of the State. 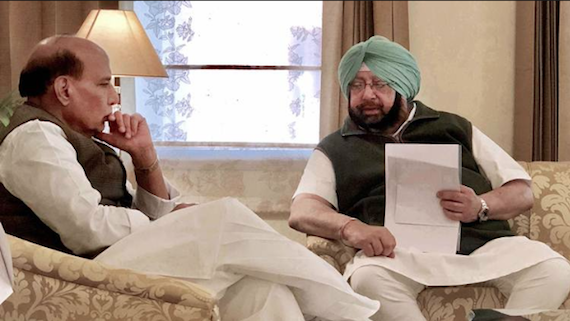 The existing provision, Section 295A IPC (deliberate and malicious acts, intended to outrage religious feelings of any class by insulting its religion or religious beliefs), makes such a crime punishable by an imprisonment of three years.

A report in The Hindu notes: [a]s per the records available with the Central home ministry, the Punjab government withdrew both the legislations on May 3.

The report notes that SAD (Badal)’s ally, the BJP, had demanded that desecration involving images and idols of gods should also be included.

The home ministry examines the Bills passed by State Assemblies that are repugnant with Central laws before they get the President’s assent to become a law.

The Bill was returned by Central home ministry to the State government in March 2017. Indian Home Ministry reportedly maintained that the bill was against the “principle of secularism as mentioned in the Constitution of India”.

After it came to power, the Congress-ruled government under Chief Minister Amarinder Singh sought legal opinion on the legislation and was told that the Bill could fail judicial scrutiny as it focused on a particular religion.

The home ministry recently reviewed over hundred legislations that were pending with the Centre for President’s assent. It called for a meeting of all State representatives to take a final decision on the Bills where a response was awaited from the State governments.

In 2016, a statement issued by the Punjab government after the State cabinet cleared the legislation, had said that the amendment “would provide punishment of life imprisonment for offenders committing heinous acts of sacrilege of Sri Guru Granth Sahib Ji.”

“This step would act as a deterrent to prevent the recurrence of such unfortunate incidents in future. This amendment was all the more necessitated as the existing provisions of the said Act in Section 295, 295A and 296 though deal with these matters but do not provide deterrent punishment for incidents related to sacrilege,” the statement had said.