Ludhiana: A day after being discharged from Dayanand Medical College and Hospital, Bapu Surat Singh Khalsa reportedly resumed water and limewater to continue with his hunger strike.

According to The Tribune (TT) [t]he 82-year-old activist, who is without food since January 16, refused a cardiologist from the Civil Hospital to conduct his medical check-up. 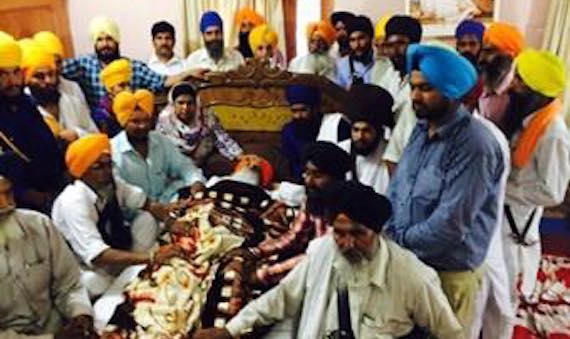 Family members of Bapu Surat Singh believes that his sudden release was a political decision.

Bapu Surat Singh’s son Ravinderpal Singh Gogi said doctors did not give any hint of discharging his father. “It was at around 10pm on Aug. 05 that they came with a discharge slip and told us to take him home,” he said.

Commissioner of Police Pramod Ban said the decision was taken in public interest.

Ravinderjeet Singh Gogi said that there were no fresh signs of talks from the side of government on the issue of Sikh political prisoners. He said that his father has resumed intake of water and lemon water every hour.

He said that that supporters of the struggle has started visiting village Hassanpur to meet Bapu Surat Singh. “Sikh sangat from far and near are coming to visit Bapu Surat Singh Khalsa”, he added.