Chandigarh: A controversy has surfaced over All India Sikh Students Federation (Peer Mohammad) chief Karnail Singh Peer Mohammad’s decision to not to hand over the leadership of the group to the students.

Notably, AISSF chief had declared, on September 13, 2016 to handover the leadership of the organization to students on March 14, 2017. He had also constituted a coordination committee of 13 students and Jagroop Singh Chema (a non-student) was appointed as coordinator of the committee. 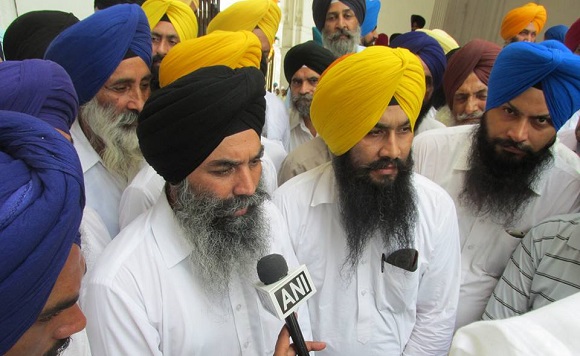 Two of the co-ordination Committee members namely Anmoldeep Singh and Bhupinder Singh issued a written statement on April 02 accusing Karnail Singh Peer Mohammad for stepping back from his promise to handover the leadership of AISSF to the students. Talking to the Sikh Siyasat News (SSN) over phone Anmoldeep Singh said that another co-ordination committee member Arshdeep Singh was also with them in this regard.

“We are very concerned as Bhai Karnail Singh Peer Mohammad has retracted from the commitment which he had made at Akal Takht Sahib few months back. March 14 has passed but neither he resigned from his post nor he handed over leadership to the students”, said Anmoldeep Singh.

Sikh Siyasat News (SSN) also talked to the AISSF cheif Karnail Singh Peer Mohammad to get his response on this issue. Taking to SSN over phone, the AISSF chief confirmed that such an announcement was made on Spet. 13 but added that it was not possible for him to handover the leadership of the organization to students at this stage as no capable students’ leadership has emerged to take over the responsibilty.

Meanwhile, in yet another written statement issued on April 7, Bhupinder Singh announced to hold a meeting of students at Akal Takht Sahib on April 9 to chack out future course of action. (originally published on April 08, 2017 at 13:53 hrs IST)