The court sentenced him to imprisonment for life under section 302 (murder) and 5 years imprisonment under section 436 (Mischief by fire or explosive substance with intent to destroy house) of Indian Penal Code. The also imposed a fine of Rs. 20,000 u/s 302 and Rs. 5,000 u/s 436 against the convict. 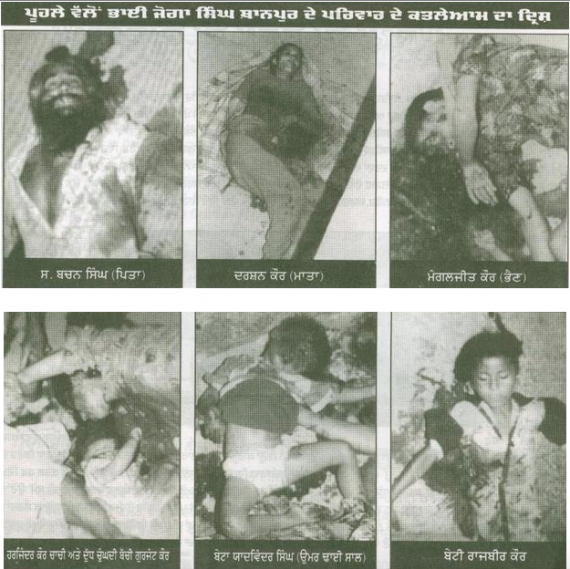 It is notable that 7 members (including 4 children) of Bhai Joga Singh Khanpuri’s family were killed in cold blood by Ajit Poohla and his associates on 2 June 1991. The victims included children aged 15, 6 and 2 years and a 6 months old baby.

Advocate S S Gill, who pleaded the case on behalf of the victim family, told Sikh Siyasat News (SSN) over phone that two persons Ajit Poohla and Joga were charged in this case. Ajit Poohla had died during the trial while Joga was convicted and sentenced today.

He said that though the incident had taken place on 2 June 1991 the trial could only start in 2007 after the Punjab government set up a special investigation team (SIT), led by the then SSP Kunwar Vijay Partap Singh, in 2006 under the directions of Punjab and Haryana High Court. 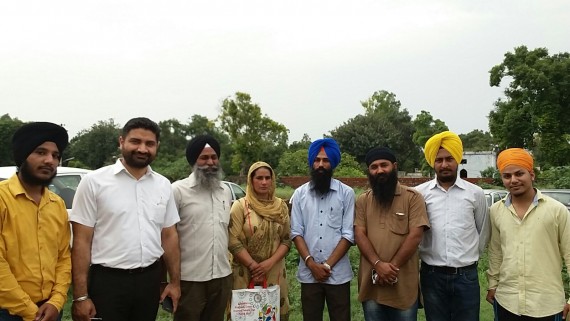 Bibi Manjit Kaur who followed this case in the trial court on behalf of her family said that it was a hard struggle to bring this case to conclusion and the family faced severe pressure.

“Guru Sahib Ne Kirpa Kiti Hai, Sanu Taan Insaaf Milan Di Koyi Jyada Umeed Nahin Si” (It’s all with the grace of Guru Sahib, we had not much hope to get justice”, Bibi Manjit Singh said. She thanked all those who stood by the family.

‘I want to thank all Sikh brethren, who stood by us throughout these challenging years’, she said.

Sikh youth activist Papalpreet Singh said that this case was related to such a brutal massacre that a defence lawyer had refused to defend the accused.

“Joga had engaged Advocate Jasvir Singh Jammu to defend him. But when Advo. Jammu came to know that Joga had committed cold blooded murder of 7 innocent persons, including 4 children, he refused to defend Joga in the trial court”, Papalpreet Singh told SSN.