Bhai Satnam Singh had confirmed this development that 5 Pyaras, including Bhai Major Singh, Bhai Tirlok Singh, Bhai Satnaam Singh and Bhai Mangal Singh have issued a written letter to Jathedars in which they summoned them to appear at Akaal Takhat Sahib on October 23 at 10 a.m to clarify their position over granting pardon (subsequently withdrawn) to Dera Sirsa chief.

Here, it’s a copy of that letter sent to Five Jathedars. 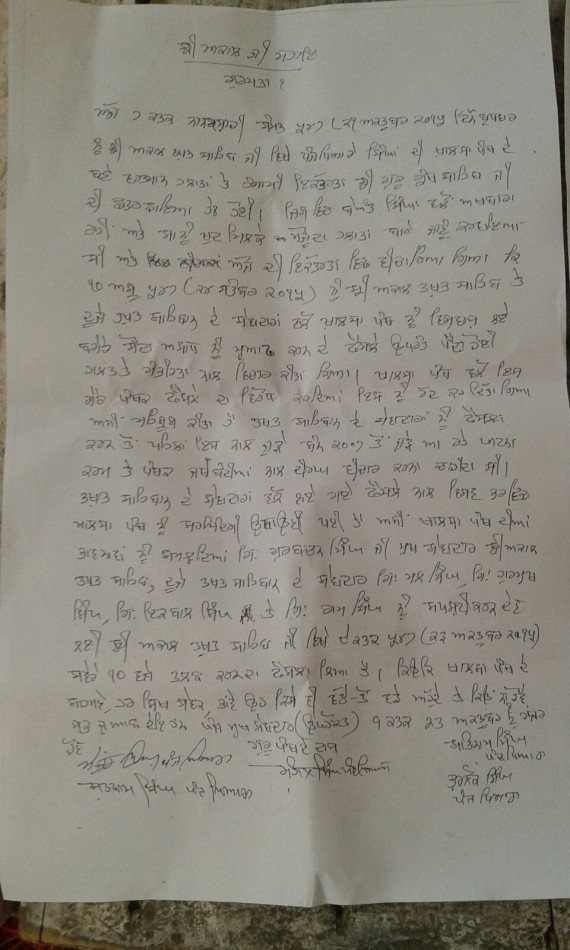 Letter sent by 5 Pyaras to Jathedars