Amritsar: In a written release issued by S. Jaspal Singh, personal assistant of SGPC appointed Jathedar of Akal Takht Sahib Giani Harpreet Singh, it is said that the Akal Takht Sahib has prohibited the same of idols of Guru Sahibs.

The release (in Gurmukhi) also says that the use of ‘electronic Chandoa Sahib‘ is also prohibited. A copy of this release is in possession of the Sikh Siyasat News (SSN). 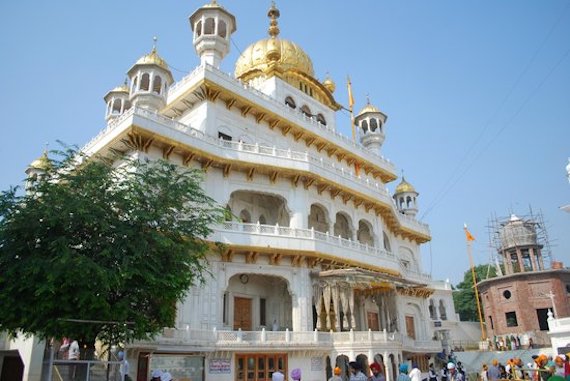 It is notable that the Gurmat does not endorse idol worshipping, instead the idol worshipping is condemned in it. But under the influence of non-Gurmat thoughts and marketing interests some people had started making and selling idols of Sikh Gurus. This issue was raised by concerned sections.

A screenshot of a part of release issued by S. Jaspal Singh, PA to Giani Harpreet Singh informing about decision to prohibit idols of Sikh Gurus [October 21, 2019]

The press release states that the decision to prohibit the sale of idols was taken in consultation with Sikh intellectuals after complaints were received from the Sikh Sangat in this regard.