Chandigarh: Leader of opposition in the state assembly and senior leader of the Punjab unit of the Aam Adami Party (AAP) H S Phoolka here on Monday termed SAD (Badal) leaders protest on dalit atrocities as hypocritical.  He said that the protest is just a drama and Congress and Akalis both are equally responsible for the atrocities against the dalits.

Recalling atrocities against dalits during Badal Dal tenure and quoting NCSC data Advo. Phoolka said,”The number of total complaints with the Commission increased from 651 in 2007 to a staggering 12834 during Badal Dal regime.”

He further stated that Badal Dal leader was involved in Bhim Tank murder incident that happened in Abohar during previous regime. The heinous incident of chopping off arms and feet of a Dalit worker at a farmhouse of an Badal Dal leader Shiv Lal Doda was one of the worst examples of situation of dalits during Badal-BJP regime. 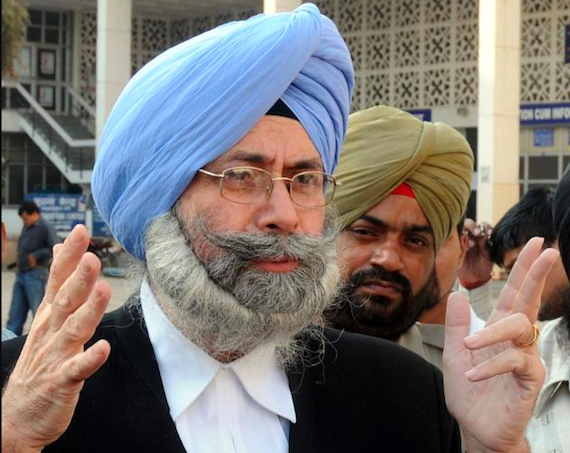 In another case, a 20-year-old Dalit youth, who was allegedly involved in liquor trade, was brutally killed and his leg chopped off allegedly by a rival group of liquor smugglers in the district Mansa last year.

Advo Phoolka said that in Sangrur at least two dozen Dalit families had fled the village a week after upper caste landlords allegedly supported by local SAD leaders had targeted the community in Jhalaur village over the issue of cultivation of common land.

Furthermore he added that Congress leader Charanjeet Channi during election campaign promised that congress party, if voted to power will reopen all these cases of Dalit atrocities in the state of Punjab but nothing has been done till now.

AAP leader said that Patronage to Shiv Lal Doda despite change of guard in Punjab shows that both parties are two sides of one coin.  He said that despite the regime change in Punjab authorities of government continue to protect Doda’s interests.