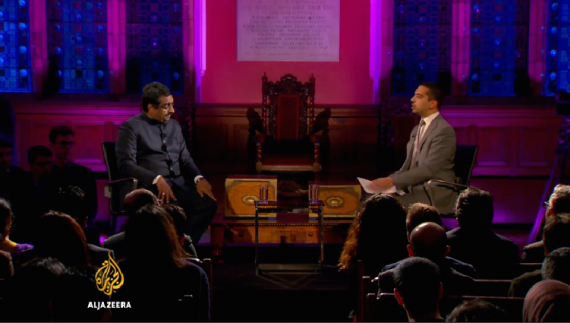 “Over the past 48 hours, Hindu nationalist trolls have tried to smear me as a closet Islamist, a Pakistani and an ISIS supporter. Sheesh” Mehdi Hassan wrote on micro-blogging website Twitter.

“I’ve done 30 odd @AJHeadtoHead interviews with guests from around the world over past 3 years. But never had a Twitter response like this.”, reads another Tweet by Mehdi Hassan.

“I guess the interview must really have hurt. Why focus on what their guy said when they can just attack the host, right? Classic evasion.” – Mehdi Hassan. 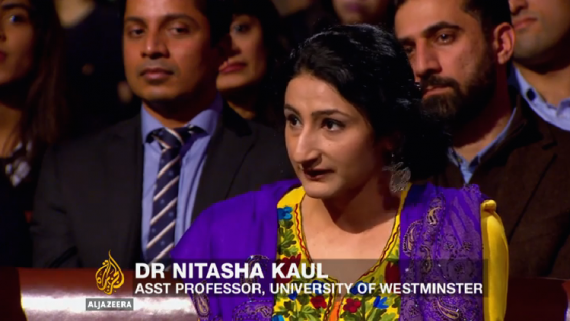 Another panelist Dr. Nitasha Kaul who had questioned Ram Madhav during the Al Jazeera’s show is also being targeted by Hindutva netizens.

An overview of the tweets from supposed Hindutva supporters reveal that both Mehdi Hassan and Dr. Nitasha Kaur are being accused of being anti-India, pro-ISIS. Both Hassan and Kaul have rejected these allegations altogether.

It may be recalled that in the concerned episode of Head to Head, Mehdi Hasan had challenged Ram Madhav, National General Secretary of India’s ruling Bharatiya Janata Party (BJP) and former spokesman of the Rashtriya Swayamsevak Sangh (RSS), the right-wing Hindu nationalist organisation and ideological wing of the BJP.

The discussion was joined by Dr Nitasha Kaul, a Kashmiri novelist, academic, economist and poet, and Assistant Professor in Politics and International Relations at the University of Westminster in London; besides other panelists.