Alberta: Progressive Conservative member of the Alberta Legislature Manmeet Bhullar was killed in a car crash Monday (Nov. 23) on the Queen Elizabeth II Highway while driving from Calgary to Edmonton.

Interim PC Party Leader Ric McIver confirmed the news Monday evening, and within minutes of the story being posted on the CBC Edmonton website people across the province responded on Twitter.

“I am utterly gutted to hear of the sudden passing of Manmeet Singh Bhullar,” Calgary Mayor Naheed Nenshi said in a statement. “A public servant, a true warrior for fairness and justice, a big man with a giant heart, a friend.”

The member for Calgary-Greenway was first elected to the Alberta Legislature in March 2008. 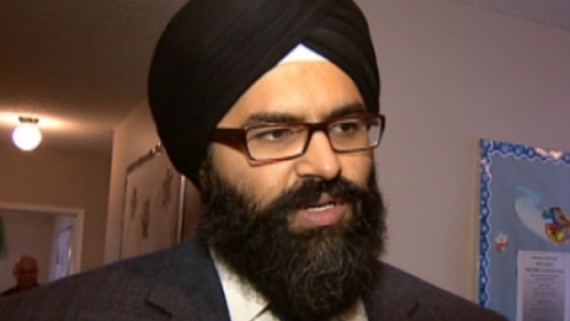 Manmeet Bhullar, a former PC cabinet minister, was killed in a highway accident on Nov. 23

After a dispute between the party and the local constituency association in the run-up to that election, Bhullar was appointed by then premier Ed Stelmach to carry the Tory banner in the riding of Calgary Montrose.

“I know the issues of the riding,” said Bhullar at the time, then a 27-year-old law student. “I’ve been working in east Calgary for 10 years now, working with young people at risk, working on issues that affect people’s lives there.”

Redford first named Bhullar to cabinet in 2011, when he was appointed as Service Alberta minister.

While he headed that department, Bhullar helped rewrite a law that placed an automatic ban on the release of the names of children who died in provincial care.

That controversial ban had prevented even parents from speaking out.

“For those that feel that they have been wronged and their child has died as a result, they have an inherent right to speak up about that,” Bhullar said at the time.

In September 2014, he became infrastructure minister in the short-lived Prentice government.

Bhullar was re-elected twice and narrowly avoided being caught up in the NDP tide that swept the province in May, winning his riding by about 800 votes.

Before running for office, he founded the Inspire Youth Development Society, which works with at-risk youth, and worked on several political campaigns. He was active in the Sikh community.

When Prentice ran for the Conservative leadership in 2014, Bhullar chaired his campaign.