Bhubaneshwar: On 10th of October, a case of gang rape on a minor girl from Patangi area of Koraput district of Odisha was reported in the media.  The victim girl belongs to the dalit community and according to her allegations the alleged rapists were in uniform put on by security forces and were carrying guns.  The incident caused massive reactions from people in the district. People came out in large numbers to protest against the incident. 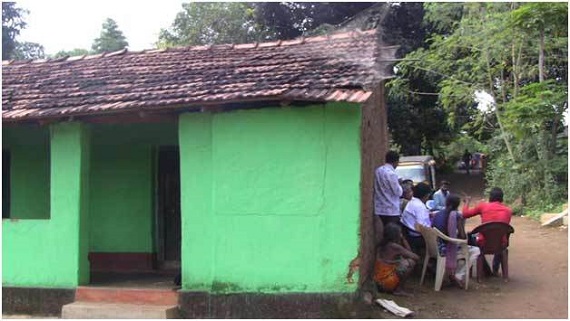 A view of Victim Girl’s House.

It needs to be noted that large number of security forces have been deployed in the area for a long time now.  There have been serious allegations in the past by local people against these forces.  In this background, considering the seriousness of the allegation a team consisting of members from three human rights organizations i.e., PUCL, CAFC and GASS visited the area from 23rd  to 25th October to find out more about the alleged incident and the prevailing situation in general.

During the visit, the team interacted with the concerned girl, her family members, the villagers, the young boys who have been reportedly tortured by the police in course of the investigation into the incident, the local police and the DSP, HRPC, the district child protection officer, the counsellor assigned to support the girl,  some local journalists and activists.  Pending a detailed report, the team would like to stress upon the following concerns for now.

About the condition of the victim:

About the direction of investigation:

The investigation must address all angles as mentioned by the complainant in her FIR.