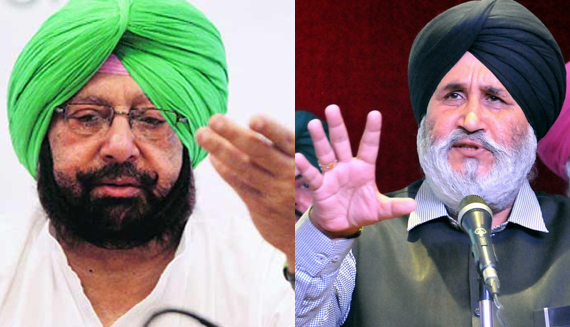 In a statement here, SAD general secretary Dr Daljit Cheema said the PCC president’s intentions had become clear from April 19, the day he set foot in Chicago. “Amarinder remained holed up in a luxurious hotel and received multi millionaire NRIs only in his room to the exclusion of everyone else. He wanted to meet wealthy NRIs only and was not interested in interacting with the common man”. He said this was why Amarinder’s team did not follow the due procedure resulting in him not getting permission to hold political rallies in Canada now.

Badal Dal leader said if seen from this standpoint it was clear the Amarinder was only letting out steam by writing a protest letter to the Canadian Prime Minister in this regard.

“This is an eye wash. Punjabis know about your carefree nature and your desire to shift to cooler climes during the summer months. It therefore should not surprise NRIs also that they have also been misled into believing that Amarinder really wanted to interact with them and know about their problems when he had no such intention” said Dr. Cheema.

Notably, a few months back, SAD (Badal) leaders had to cancel their public programme in Canada due to strong opposition by Sikh diaspora activists.