Chandigarh: Punjab Chief Minister Captain Amarinder Singh today hailed the Congress victory in the Zila Parishads and Block Samitis poll results. He claimed that the results were yet another endorsement of his government’s policies and programmes, and a total rejection of the Opposition’s malicious campaign against the ruling dispensation.

On the other hand, the Aam Aadmi Party claimed that the Congress victory was result of use of muscle. AAP’s leader Harpal Singh Cheema said that Captain Government has looted Panchayat Samiti and Zila Parishad elections with unbridled use of muscle power and government machinery. Police, administration and election commission has worked for Congress as if they were its cadre. It is not the loss of opposition parties rather people and democracy have lost the battle. 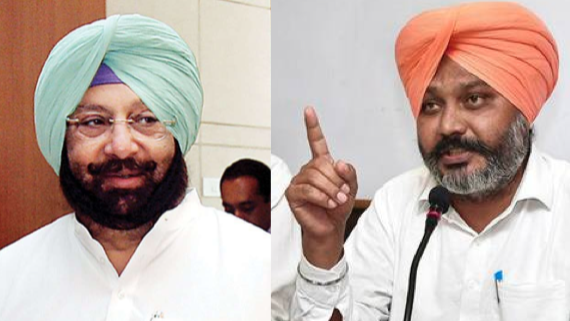 A statement issued by the Punjab government states that Capt. Amarinder Singh also lauded the State Election Commission, Civil and Police administration, and all the poll officials for ensuring smooth conduct of Zila Parishads/Block Samitis elections in a free, fair and transparent manner.

“Pointing out that this was the fourth consecutive humiliating defeat of the SAD-BJP combine, after back to back victories for the Congress in the State Assembly, Urban Local Bodies, Gurdaspur Parliamentary and Shahkot Assembly by-polls, the Chief Minister termed it a vindication of his party’s efforts to bring the state out of the quagmire of devastation into which it had been plunged by the previous SAD-BJP government”, reads the statement issued by CMO.

AAP leader Harpal Cheema, in a press statement released from Head office of AAP said that perhaps this is first instance in the history of Punjab when goons of the ruling party have unleased a terror right from the beginning of Panchayat Samiti and Zila Parishad elections upto the announcement of results. It is undoubtedly left a blank spot on the democracy of Punjab.