Chandigarh: The Punjab and Haryana High Court has reportedly taken up a petition filed by an Amritdhari Sikh, who was dined to depose as a witness in the court because he was carrying a ‘Kirpan’. The High court took up the petition on Friday (May 09) and issued notice to the Haryana home secretary.

Hearing his plea, Justice Augustine George Masih of the Punjab and Harayna High Court directed the Haryana home secretary to file a reply on the contentions raised by the petition – Dilawar Singh of Kainth Majri village in Ambala district. 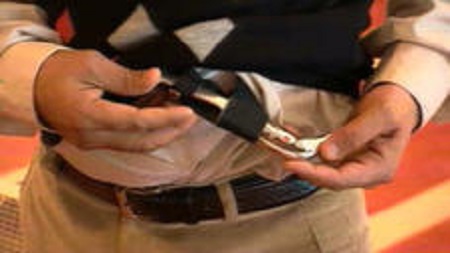 The case has been fixed for May 12 for further hearing.

According to the petitioner he was an important witness in a murder case registered at the Ambala City police station in December last year, notes Times of India (TOI).

He stated that the trial of the case was pending before the sessions court in Ambala and when he went to the court of sessions judge Deepak Gupta for recording his statement on April 18, the judge objected to his ‘kirpan’ and directed him to remove the same, TOI report reads further.

The petitioner, who moved to the High Court through Advocate Navkiran Singh, has also sought directions from the HC to quash the April 18 orders passed by Ambala sessions judge.

“The order is violative of Article 25 of the Constitution and infringes the freedom of religion granted under the constitution” he argued.

In support of his claim, the petitioner has also cited various judgments of different courts in which rights of the Sikhs to carry ‘kirpan’ had been upheld as a fundamental right.