Ambika Soni could be next president of Punjab state Congress: Media reports

New Delhi/ Chandigarh: As per media reports the Congress party high command has decided to make decision on long-pending issue of appointing new chief of Punjab Pradesh Congress Committee. It is almost clear that Congress party’s current state chief Partap Singh Bajwa will soon be removed from his current post. There is much discussion that Ambika Soni could replace Bajwa. Name of MLA Sunil Jakhar also figure in top 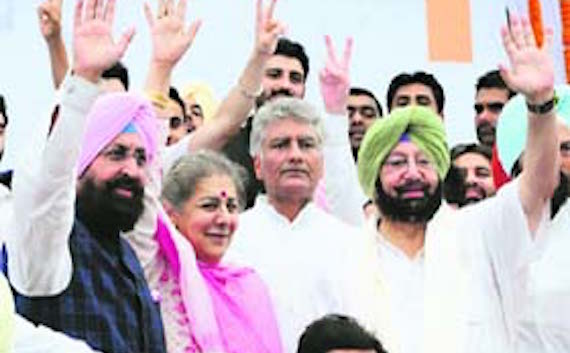 As per reports names of MLA Lal Singh, former Central minister Manish Tiwari and Ludhaina MP Ravneet Bittu were also being considered by the party high command for the post of party’s state chief, but keeping in view that party has massive internal divisions, the Central leadership has reportedly decided to bring in an experienced leader. Names of Ambika Soni and MLA Jakhar continue to be on top of the list with strong endorsement from Amarinder for both of them. However, there are reports that Ambika Soni has not been keen on taking the responsibility so far.

Meanwhile, Partap Singh Bajwa met Rahul in Delhi on Wednesday (Sept. 2) morning, and later he had a meeting with Sonia and put forth his point of view. Earlier, on Tuesday , Ambika Soni had accompanied Amarinder Singh when he met Sonia Gandhi in Delhi.

Amarinder Singh has already held a series of meetings with Congress president Sonia Gandhi on the issue of leadership in Punjab. Amarinder is most likely have to be made chairman of campaign committee chief with the relaxation that he will have a say in the choice of candidates in the upcoming assembly elections.