“Allegations of police intimidation and ill-treatment of the Dongria Kondh community in the Niyamgiri hills are deeply disturbing. It is unacceptable that the police ill-treat and abuse the very people they have a duty to protect. The authorities should carry out a prompt and impartial investigation into the police’s conduct and bring to justice any officer suspected to be responsible,” said Manohar Chauhan, Senior Campaigner, Amnesty India.

At a press conference held in Bhubaneswar on 25 October 2018, leaders of the Niyamgiri Suraksha Samiti (NSS), a community organization that opposes mining in the Niyamgiri hills, alleged that police arbitrarily pick up, detain and ill-treat members of the community. Lada Sikaka, President of NSS, claimed that on 20 October he was picked up by local police from the old market in Lanjigarh and taken to the police station, where he was brutally beaten. Dadhi Kadarka, a senior member of NSS, claimed that on 8 October he was picked up by the Rayagada police from the Munikhol Panchayat office and taken to the office of the Superintendent of Police, Rayagada, where he was subjected to physical violence. He further explained that in a similar manner on 18 October, police picked up Jamu Gauda from Lanjigarh Market and beat him in an effort to get information on ‘Maoist movements’ in the area. Lada Sikaka alleged that all those who were picked up by the police were either “compelled to surrender as a ‘Maoist’ or to give information on ‘Maoist links’”. However, if they explained that they did not have any such information, the police would torture or ill-treat them, and threaten them with imprisonment. 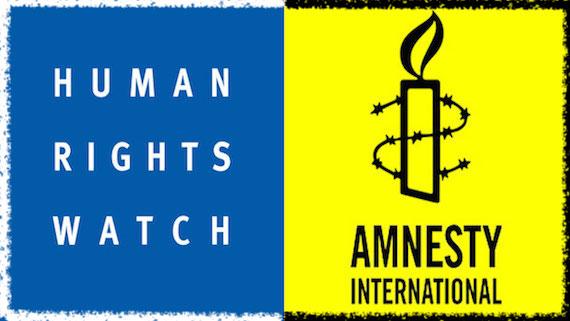 On 23 October, the NSS had planned a peaceful protest against the police intimidation, and the harassment by Maoist groups, that the Dongria Kondh community in Niyamgiri hills faces. The protest was supposed to take place outside the office of the District Collector of Rayagada. Lingaraj Azad, a senior organizer of NSS, informed Amnesty India that on 20 October, the Superintendent of Police, Kalahandi, called and asked them to stop the planned protest or face severe consequences. Therefore, the protest had to be cancelled.

“People have a right to peaceful protest under the Constitution of India and international law. The authorities have a duty to heed the voices of the Indigenous Dongria Kondh community and ensure that their rights are upheld,” said Manohar Chauhan.

After the press conference, on the same day, members of the Dongria Kondh community and activists from the state, submitted a petition to the Chief Minister of Odisha, Naveen Patnaik, demanding an impartial investigation into the allegations and stringent action against those found to be responsible. So far, there has been no response from the authorities.

In the weeks following the press conference, the police intimidation has continued. Lingaraj Azad from the NSS explained, “While there has not been any further arrests, torture or ill-treatment by the police after the press conference, the police from Rayagada and Kalahandi districts continue to call and harass community members, especially those who belong to the NSS. Despite the NSS cooperating with the police in their duties and investigations, the police threaten to arrest people for alleged crimes and refuse to provide substantial evidence related to their claims. People are living in a constant state of fear, these police actions must be condemned”.

In April 2013, the Supreme Court ruled that the Indigenous (Adivasi) communities – the Dongria Kondh – will have the final decision on plans for a bauxite mine by a subsidiary of UK-based Vedanta Resources in the Niyamgiri hills of Odisha. Based on this decision, in a series of Gram Sabhas held by the Dongria Kondh communities, the people unanimously voted against the proposed mining project in the Niyamgiri hills. Many members of the Dongria Kondh communities consider the Niyamgiri hills to be sacred and inhabited by a deity that they worship. They contended that mining would severely undermine their rights pertaining to their traditional lands, socio-cultural practices and religion. It would also pose serious risks to their rights to water, food, work, and an adequate standard of living.