New Delhi: The Tamil Nadu government must immediately release Dalit folk singer and activist S Sivadas, popularly known by his stage name Kovan, who was arrested on 30 October over two satirical songs criticizing the state government and Chief Minister, J Jayalalithaa. Kovan faces charges including sedition, provocation with intent to cause a riot and public mischief.

“It is absurd for the Tamil Nadu government to arrest someone essentially for making fun of it. By arresting Kovan for sedition, the state government is sending the message that any criticism of the chief minister and government policies will not be tolerated”, said Abhirr VP, Campaigner at Amnesty International India. 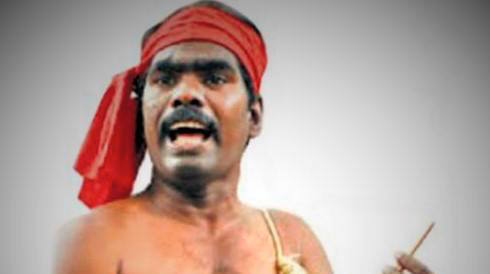 “All Indians should be free to criticize their government. The Tamil Nadu government must respect Kovan’s constitutional right to freedom of expression and drop all charges against him.”
India’s archaic sedition law, which criminalizes any act or attempt “to bring into hatred or contempt, or…excite disaffection towards the government” has been used on several occasions by state governments to harass journalists and activists. The law violates international standards on freedom of expression.

In August, the Maharashtra state government issued a circular which suggested that speech against a government representative would amount to sedition. The circular was withdrawn in October following widespread criticism.

“The sedition law must be urgently repealed. Public officials should have a thicker skin to dissent and criticism, and not keep rushing to lock up their critics,” said Abhirr V P.