New Delhi/ Punjab: 82-year-old Surat Singh Khalsa has been on a hunger strike in Ludhiana, Punjab, since 16 January 2015, demanding the release of a number of Sikh prisoners in the state. On 21 July 2015, the Punjab state police detained Surat Singh Khalsa at the Dayanand Medical College and Hospital in Ludhiana, where he has since been force-fed. His lawyer has told Amnesty International India that he has not been allowed to meet him. Surat Singh Khalsa had been similarly detained on previous occasions, and subsequently released. 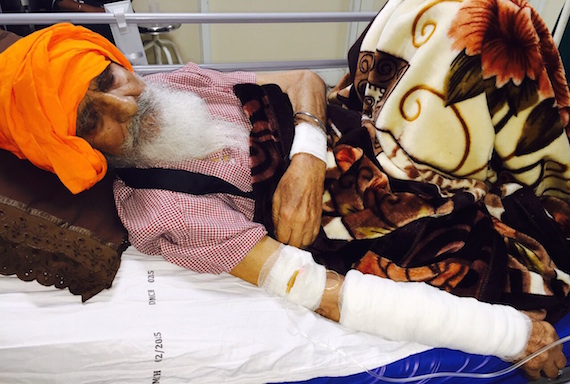 Surat Singh Khalsa’s hunger strike is a peaceful form of protest. Amnesty International India urges the Punjab government to respect his freedom of expression, and ensure that he is treated humanely and with dignity at all times. He should have access to his family and lawyers, and qualified medical professionals. He must not be subjected to denial of such access, or any other punitive measures, on account of his hunger strike.