New Delhi: Amnesty International will be launching a report titled ‘Caught between fear and repression: Attacks on Freedom of Expression in Bangladesh’ at 3.30 PM today in Press Club of India, New Delhi.

A release by Smriti Singh sates that “the space for freedom of expression in Bangladesh is shrinking dramatically, as the Awami League-led government has launched an alarming crackdown on dissent in recent years. Several secular bloggers and other activists have been killed by armed groups since 2013, but the government’s response has been woeful”. 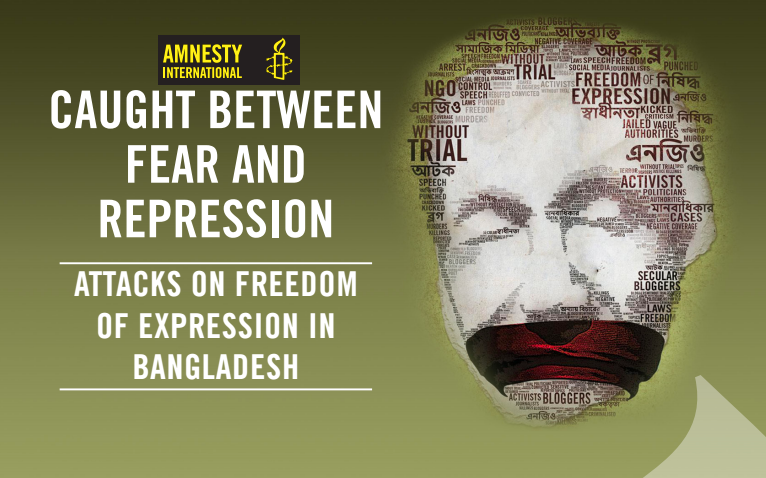 “Ahead of the World Press Freedom Day 2017 tomorrow, the report documents how since 2014, authorities have significantly increased attempts to silence critical media coverage, by levelling trumped up criminal charges against journalists and other forms of harassment. The report also reveals how the activist community is still living in fear and without police protection. The government has often relied on Bangladesh’s repressive legal framework to do so”, Smriti Singh said.