Bengaluru/ New Delhi: The grievous attack on activist Agnes Kharshiing and her two aides— Amita Sangma and Emiki Kurbah – in Meghalaya, highlights a pattern of reprisals against activists who are standing up against injustice and exposing corruption in the state, said Amnesty India.

Activists working against rampant illegal coal mining in Meghalaya are under serious threat. There seems to be a nexus between the authorities and the ‘coal mafia’ in the state, which has resulted in a culture of impunity. Those responsible for this brutal attack must be brought to justice. 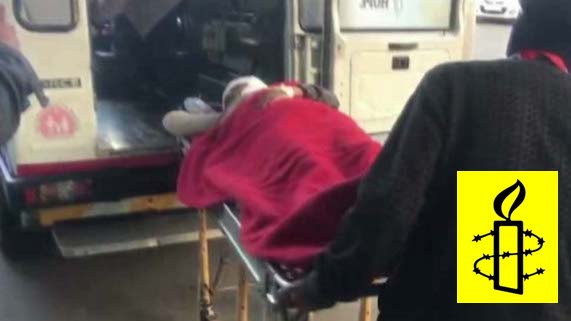 On 8 November, 58-year-old activist, Agnes Kharshiing, the president of the Civil Society Women’s Organisation and her aides were attacked by a mob. Media reports said Kharshiing and her aides were attacked while taking photos of ‘coal dumping’ in the East Jaintia hills in the state. She has been admitted in a hospital in Shillong with serious head injuries. Her condition continues to be critical while her two aides are stable.

“This is the second such brutal attack on activists in Meghalaya this year. In March, a Right to Information activist, Poipynhun Majaw was murdered for trying to expose corruption in the state. The Meghalaya government must take concrete steps to prevent such attacks and provide a safe environment for activists in the state.,” said Arijit Sen, Programme Manager, Amnesty India.

Agnes Kharshiing’s aide, Emiki Kurbah told the Shillong Times that they were pulled out of the vehicle, their car keys snatched and the mob threatened to burn down their vehicle. While the mob spared Emiki Kurbah’s life, the mob started attacking Agnes Kharshiing and Amita Sangma. It took Emikin Kurbah some time to contact the police to rescue them.

Founder and Chairperson of Impulse NGO Network Hasina Kharbhih who has been working on illegal coal mining, and is a petitioner in a Public Interest Litigation against illegal coal mining before the National Green Tribunal, told Amnesty India, “The attacks are deeply unfortunate. I have faced attacks myself in the past in which my driver died on the spot in 2009. It is important that the state review ‘mafia’ operations and ensure that illegal mining is stopped. Unscientific mining cannot continue. This gives space for criminal activities. The state needs to take Court orders seriously.”

The National Green Tribunal (NGT) in 2014 had banned ‘rat-hole’ mining of coal in the state. Among a range of violations, this form of mining also exploits children who are made to work in such mines. Agnes Kharshiing was running a campaign against the illegal coal mining in the state. According to Indian Express, Kharshiing had lodged a complaint regarding movement of coal-laden trucks in the region, a day before she was attacked.

Editor of Shillong Times, Patricia Mukhim told Amnesty India, “The law and order situation is deteriorating in Meghalaya. Something is wrong with the policing system in the state if it cannot stop such attacks.”