Amritsar: A sessions court in Amritsar on Wednesday (April 12) announced to grant compensation worth Rs. 4 Lakh each (along with 6% interest) to forty persons who were detained by the Indian government at Jodhpur jail in Rajashtan after they were taken in to custody by the Indian Army from Darbar Sahib Amritsar in June 1984. 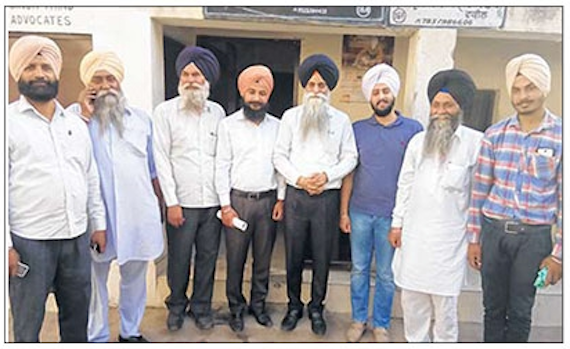 Advocate Bhagwant Singh Sialka with the petitioners and others

Advocate Bhagwant Singh Sialka, counsel for the petitioners, said that the Indian army had detained around 364 Sikhs, on record, from the Darbar Sahib complex during June 1984 attack. They were tortured and were detained at Jodhpur jail in Rajasthan. After detaining them for five years without trial they were release on March 6, 1989.

He said that forty Jodhpur detainees had filed suits between 1992-93 regarding their detention in Jodhpur jail. The cases were heard jointly by Amritsar’s District and Sessions Judge Gurbir Singh who gave the order to clear the grant of compensation worth Rs. 4 Lakh each to all the plaintiffs  along with 6% interest dating back to the filing of suits.