“People are spreading rumours on social media. Main thing in this is that whoever is posting any sort of message on social media, which is anti-social, he will face the proceedings. But I am observing that many people are such, especially youngsters, that they are forwarding such a message without collecting any information about that message. In this I want to say that both creator and forwarder of such a message are equally guilty. So I want to say that no body should indulge in this kind of activity…. because when people are facing harassment in the society, then such persons can be held responsible and legal proceedings could take place against him. 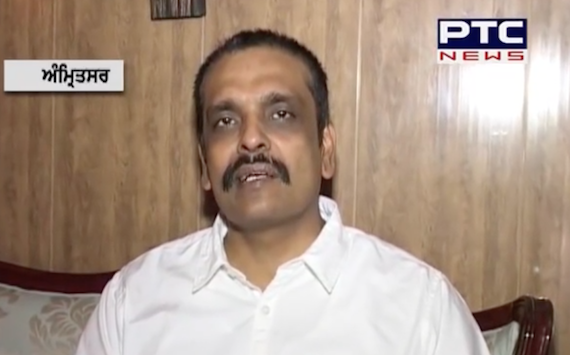 I will also say in this regard, that those who are doing such activity on social media, even if no legal action is taken against them, but their name gets marked in police records. So they will have to face problems if they are to join government or other jobs. Therefore I will say that people should not indulge in this kind of activity.

Social media was made for good work but whoever uses it for wrongful activity will be proceeded against”. (Transcript – translated from original Punjabi (vocal) to English by the Sikh Siyasat News. (See audio clip below).

Sikh Siyasat News (SSN) has talked to admins of various social media networks and WhatsApp groups. They have strongly rebutted police claims and said that it was unfortunate that the government and the police was signalling attack on social media.

In a telephonic conversation Senior journalist S. Jaspal Singh Sidhu, UNI retired, said that the allegations of misuse of social media can not undermine the relevance of social media network, especially when the mainstream/ traditional media has largely aligned with the state.

“Sometimes rumours too make around over social media, but this is a marginal phenomena and the social media largely remains free and fair” said S. Jaspal Singh Sidhu.