London, United Kingdom: Andy Burnham one of the leading candidates for the Labour Leadership will be indicating at an event in London later this evening that he wants to see ‘a new era of engagement between the Labour Party and the UK’s Sikh community’. 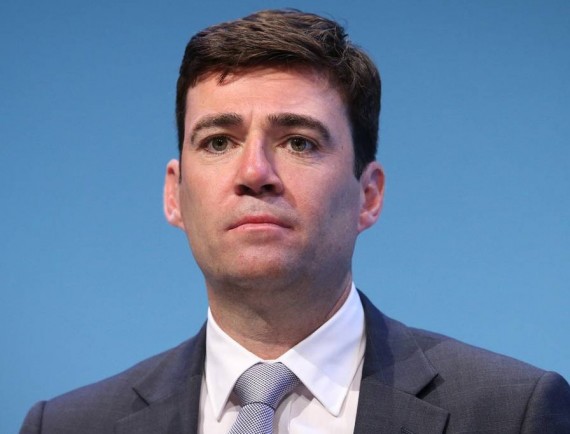 The event titled ‘Sikhs in Politics’ is being hosted by the PwC Sikh Network in its London Headquarters.

Parmjit Singh Dhanda the former MP for Gloucester, a former minister for Faith Communities and Britain’s first Sikh minister who was elected the same time as Andy Burnham in 2001 and is a close friend will read Andy Burnham’s letter. 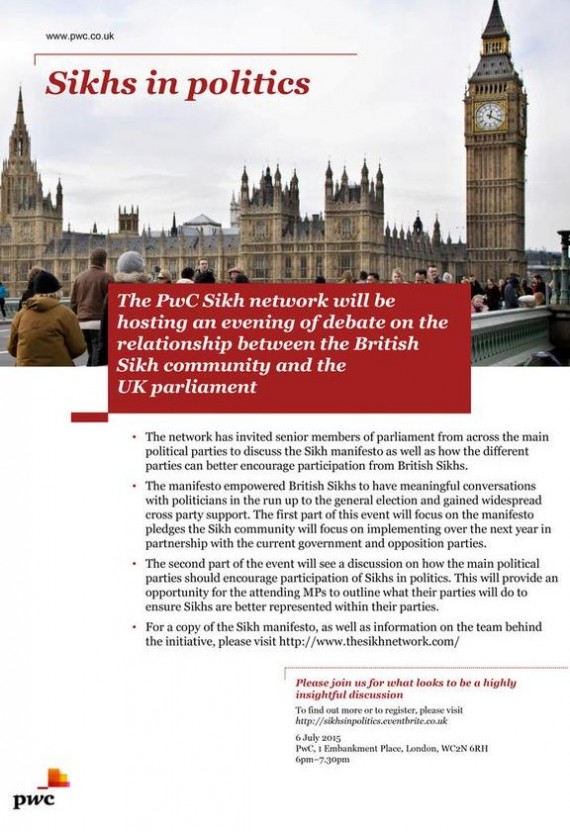 The letter states ‘the recent election was a wake-up call’ and that Labour cannot take any community for granted and he is ‘determined to restore’ the ‘bond’ with the Sikh community.

In the letter he continues that he ‘wants to start a new era of genuine engagement with the Sikh community at a policy level’ and that the ‘Sikh Manifesto will be a key element to that engagement’.

The Sikh Manifesto that was developed by the Sikh Network for the General Election continues to have a much wider impact.

Last month Tom Watson, the MP for West Bromwich East and one of the frontrunners for the Deputy Leadership of the Labour Party delivered a speech to tens of thousands of Sikhs gathered in central London to mark the 31st anniversary of the Sikh Genocide in June 1984 in Amritsar.

In his speech Tom Watson made a pledge to the Sikh community for the truth and to push for an independent public inquiry into the role of the British Government in 1984. He talked afterwards to the media about the success of the Sikh Manifesto.

Rt. Hon. Sadiq Khan, one of the main Labour Party candidates for the Mayor for London last month also made pledges with reference to some of the issues contained in the Sikh Manifesto.

In the letter Andy Burnham states ‘the dialogue (with the Sikh community) will be honest, sincere and long term’ and that ‘it is unacceptable (for the Labour Party) that there is no Sikh representation in either chamber of the UK parliament. We need to work to encourage and enable more Sikhs to be at the frontline of British politics and the Labour Party’.

Bhai Narinderjit Singh, the General Secretary of the Sikh Federation (UK) and a Labour County Councilor in Kent said:

‘Many Sikhs and not just those that are Labour Party members will delighted at the positive and timely commitment given by Labour Leader hopeful Andy Burnham.’

‘His reference to a ‘new era of genuine engagement’ and his remark that the ‘Sikh Manifesto will be a key element to that engagement’ are music to the ears of those in the Sikh Network who put so much dedication and hard work to develop an excellent document that politicians from across the political spectrum have warmly welcomed.’

Bhai Amrik Singh, the Chair of the Sikh Federation (UK) said: ‘We are pleased the way in which the Sikh Network has developed over the last six months. It is attracting the right calibre of Sikhs with both a commitment to the community as well as an interest in making huge strides at influencing leading politicians from all the major political parties by promoting the issues set out in the Sikh Manifesto.’

‘Whilst the focus at the moment is understandably on the Labour Party with the leadership and deputy leadership contests this will shift to the elections for the Mayor for London taking place next year.’

‘However, the most exciting development is the willingness of younger Sikhs active in the Conservative Party to work with the Sikh Network to bring about real change in government over the next 5 years. This has mainly come about as they have been impressed by the enthusiasm and commitment of those in the Sikh Network and the quality of the Sikh Manifesto.’

In the run up to the General Election, Liz Kendall one of the other leading hopefuls stated:

‘I’d like to congratulate the Sikh Federation (UK) on your pioneering work around the Sikh Manifesto. It sets out 10 clear priorities and I’m absolutely committed to working with you to ensure that these are listened to and acted upon by politicians of all political parties.’