Ferozepur: Two pistols dating back to 1845-46 when British India forces and Sikh Empire went to war were stolen more then a decade ago  are yet to be recovered.

Earlier, swords, firearms and other weapons from these wars had been put on display at the Anglo-Sikh War Museum at the time of its inauguration in 1976. It was constructed in memory of the Sikh soldiers who had attained martyrdom while fighting the British Indian forces, reads a quote from a report published in an English tabloid. 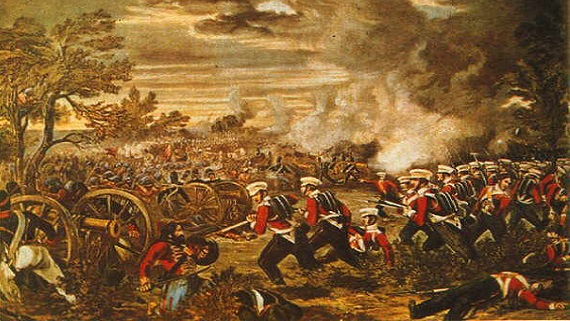 As reported by the media sources the then Director, Cultural Affairs, had lodged a criminal case in this regard with the Ferozepur police  against two persons at Ghall Khurd police station in June 2006 in connection with the theft, but no follow-up action was taken.

“It seems successive state governments deserted this monument the way the generals betrayed their brave soldiers during the Anglo-Sikh wars,” reads the quote from the statement of Harish Monga, a local resident.

Paucity of funds, manpower and resources at this sprawling complex are cited among the reasons for its neglect. The iron tripod bearing plaques of the British India-Sikh Empire wars have rusted beyond recognition. The collection of murals and wall paintings depicting battle scenes and portraits by renowned painters such as Kirpal Singh and Jaswant Singh have been damaged. The condition of portraits of Maharani Jindan, Sham Singh Attariwala, Diwan Mool Chand and Lord Dalhousie is equally bad.

“Instead of setting up more memorials, the state government should first improve the condition of the existing ones,”  said Lt Gen OP Nandrajog, a former Army commander while talking to the media.

“One wonders if the state officials or ministers have ever had the inclination to visit these memorials,” he added, notes The Tribune (TT).