Birmingham: Various Sikh organizations of England have decided to raise the issue of extra-judicial killings of Sikhs in Punjab before the United Nations. The decision came in wake of ‘admission’ to such killings by a former Indian Army officer.

Notably, a retired Indian Army man and so-termed ‘security expert’ Col. Anil Kaul had admitted to mass level extra-judicial killings of civilians in Punjab during KPS Gill’s tenure on Rajya Sabha TV few days back. During a debate on Rajya Sabha TV, a state-run TV channel in India, on September 20, 2016 Col. (Retd.) Anil Kaul had stated that: ‘As KPS Gill executed relatives of terrorists (militants) in Punjab and it brought and end to the terrorism (movement) there and similar course should be adopted in Kashmir also’ [words in brackets are from SSN]. 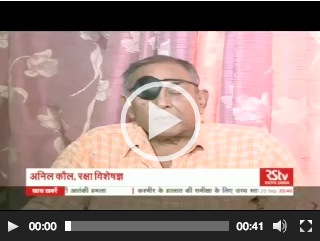 Federation of Sikh Organizations (UK) held a meeting in Birmingham where it was decided that the issue of human rights abuses and fake encounters would be raised before the United Nations.

A FSO representative told Sikh Siyasat News (SSN) that human rights activists and lawyers in Punjab would a detailed petition and documents related to mass-secret cremations conducted by Punjab police and other Indian forces in Punjab during 1980s-90s period would be annexed to it.

“Jaswant Singh Khalra had unearthed solid proofs about secret cremations of dead bodies of persons, mostly Sikhs, murdered in cold blood by state forces. Those documents, along with other proofs including the statement of Anil Kaul on Rajya Sabha TV will be annexed to the petition”, reads a statement by FSO.