Gurdaspur: Another bomb hoax in Gurdaspur kept cops on toes for second consecutive day yesterday.  All trains running on the Pathankot-Amritsar track were halted for three hours today after calls about bombs being planted on the track were received here. This was fourth such bomb hoax in the city after 27 July Dinanagar attack.

A phone call from the Divisional Manager, Ferozepur, to the control rooms of the Gurdaspur and Pathankot police in the forenoon today claiming that a bomb was planted by militants somewhere on the Pathankot-Amritsar track was enough to spur police officers of three police districts into action.

A number of teams were formed to search the 110-km-long track for any explosives. 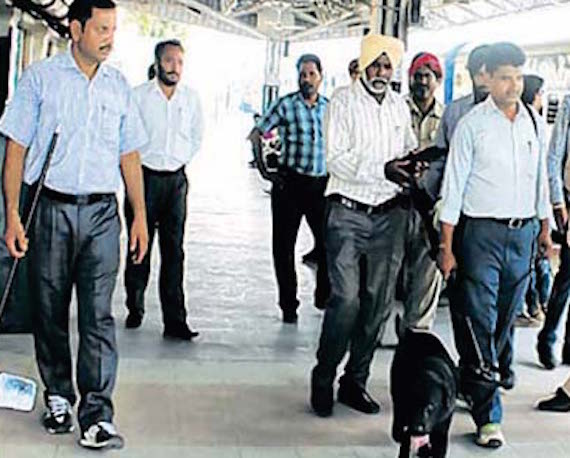 After three hours of intensive checking by multiple agencies, including the police of three police districts — Pathankot, Gurdaspur and Batala, Government Railway Police (GRP) and the Railway Protection Force (RPF), the trains were allowed to move on to their respective destinations.

Earlier on September August 3, a caller had claimed that an “RDX-laden bomb” had been planted at the same bridge, near Talwandi village and 3 km from Dinanagar, where the militants had placed one on the morning of July 27, the day of the Dinanagar attack.

This time the caller said that “some explosives were placed somewhere on the Pathankot-Amritsar track.”

The Amritsar to Jammu Ravi Express was made to halt at the Gurdaspur railway station. It was thoroughly checked and the passengers were frisked before the train was allowed to proceed.

Batala SSP Harpreet Singh led a team that scanned the track on either side of the Batala railway station. Pathankot GRP SHO Sukhdev Singh did duty in Dinanagar.

“Prima facie, it appears that the caller today was the same person who had spread the rumour yesterday. We are on the job and hope to nab the caller soon,” said a senior officer on duty at the Gurdaspur railway station. 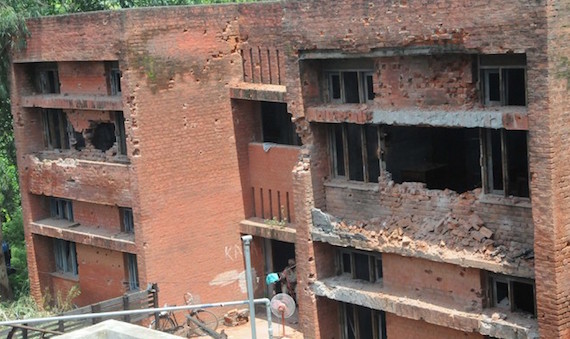 All the three police chiefs accepted that it was high time that these rumours should be checked and the caller be arrested. “It is not an easy task. These days, technology has ensured that a person can get away easily after making such a call,” claimed an SSP.

The dog squad was pressed into service at the bus stands and the railway stations of Pathankot and Gurdaspur. The Pathankot SSP once again took the help of the Anti-Sabotage Team (AST).

Four days after the Dinanagar attack, the Gurdaspur control room had received a call that a bomb had been placed in front of the local bus stand. The SSP called in explosive experts but the ‘bomb’ turned out to be box of fire crackers and charcoal.

Police sources claim that ever since the Dinanagar incident, policemen of both Pathankot and Gurdaspur districts have been receiving at least two calls every day.

A few days ago, a woman school peon had reported to the police that “two Army-uniform clad persons” had paid a visit to the school in the early hours. The entire city of Pathankot was brought to a halt and all trains and buses were checked. Many schools closed voluntary while commuters on the Gurdaspur-Pathankot-Jammu road were searched.

NOTE: Above content is adapted version of a news report by The Tribune. Please visit following url to find original report on The Tribune website: http://www.tribuneindia.com/news/punjab/bomb-hoax-brings-pathankot-gurdaspur-to-three-hour-halt/129016.html