Another Bomb Hoax in Gurdaspur kept cops on toes

Gurdaspur, Punjab: Second bomb hoax ever since the July 27 Dinanagar attack kept police on toes yesterday, while a sense of fear prevailed in the city. After a bomb hoax call the police launched a massive search operation. As per media reports the caller had said that a bomb had been planted near the district police chief (SSP)’s office. 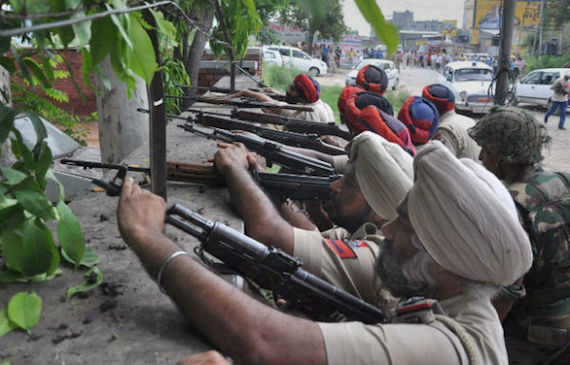 After the police control room got the call, SSP Gurpreet Singh Toor, accompanied by senior officers, launched a search operation on the road leading to the SSP’s office from the rear of the bus stand. Labourers working at a nearby construction site were questioned throughout the night. The police set up Nakas at various places. However, the search operation was called off a few hours later, when a polythene bag containing a toy was found.

A senior police officer disclosed that they were not taking any chances and every call was being followed up. Till the filing of the report, the police had not ascertained the identity of the miscreant.