Jalandhar: Another incident of beadbi of Sri Guru Granth Sahib Ji is reported from village Ghurial (near Adampur) in district Jalandhar today. The incident was reported at around 3 pm. According to a news reported by the Sikh Channel culprits have been caught and are in Police custody. Sikh Sangat held a protest outside Adampur Police station. 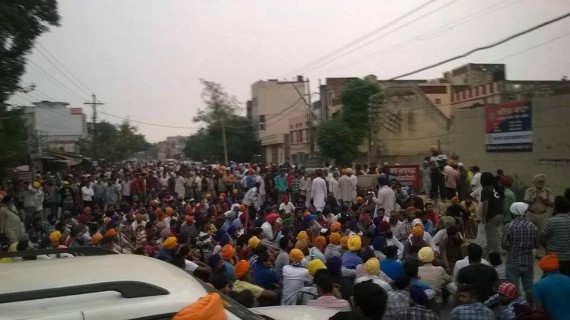 Initial reports state that Saroop of Guru Granth Sahib Ji was returning to Sachkand at the Gurdwara Sahib following Sri Akhand Paath Sahib when the incident of beadbi took place. More details were awaited at the time of writing this report.