Chandigarh: Whereas Sikh circles are affected by factionalism and hostility leading to in-fighting, the people at the helm of affairs in Sikh institutions have become oblivion towards the intensified attempts by the ‘Hindutva’ forces to assimilate the Sikhs into Hindutva fold. 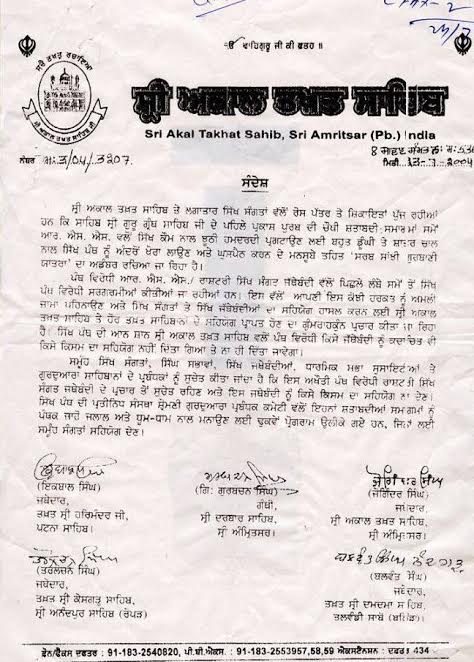 Rashtriya Sikh Sangat (RSS) which is an affiliate of the Rashtriya Swayamsevak Sangh (RSS) considered mother of ‘pro-hindutva’ politics also known as politics of majoritarian dominance in the Indian sub-continent, is planning to hold a function on the pretext of celebrating 350th Prakash Gurpurab of Guru Gobind Singh Ji that is on 25th October in New Delhi. This function is seen as an attempt by the Rashtriya Sikh Sangat to consolidate and promote the ‘Pseudo-Sikhs’  and other like minded people who disputes the unique identity of the Sikhs & consider them as part of Hindutva, at one single stage. The RSS chief Mohan Bhagwat would be presiding and addressing the October 25 function by the Rashtriya Sikh Sangat.

What is more disturbing is that the Sikh bodies like SGPC and DSGMC or the Jathedars of the Takhats are tight lipped on this move of the Rashtriya Sikh Sangat.

Neither the SGPC, DSGMC nor the Takhat Jathedars have so far taken any notice of moves by the ‘pro-hindutva’ forces.