Any prominence to Sajjan, Tytler would be suicidal for congress, DSGMC

New Delhi: The Delhi Sikh Gurdwara Management Committee (DSGMC) raised an alert for Congress party against any effort to give prominence to their leaders Jagdish Tytler and Sajjan Kumar accused of perpetrating Sikh genocide in 1984 killing thousands of Sikhs, in the elections of Delhi assembly expected to be announced soon and or any other position in the party. 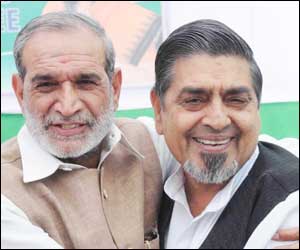 DSGMC chief and Shiromani Akali Dal (Badal) Delhi Unit leader Manjit Singh GK was reacting to the reports that Congress party was planning to give Jagdish Tytler and Sajjan Kumar prominent role in the forthcoming assembly polls in the Delhi.

“Giving prominence to these leaders would be suicidal for congress party which has bitterly lost in the general elections and would not get even two assembly seats in the Delhi polls,” said Manjit Singh GK adding “people of Delhi” has not forgiven these leaders.

He further said that giving important role to them (Sajjan Kumar and Jagdish Tytler) would be like rubbing salts into the wounds of Sikhs after their role in 1984 genocide has already become very apparent and for past 30 years congress party is making all efforts to save them.