Around 250 Sikhs, including women, arrested by Mohali police

SAS Nagar/ Mohali: More than two hundred Sikh protesters were today arrested by the Mohali police. As per reports, arrested persons include many women.

It is notable that the Sangharsh Committee formed to support struggle of Bapu Surat Singh Khasla had announced to stage a sit in protest in front of Punjab chief minister Parkash Singh Badal’s official residence in Chandigarh. 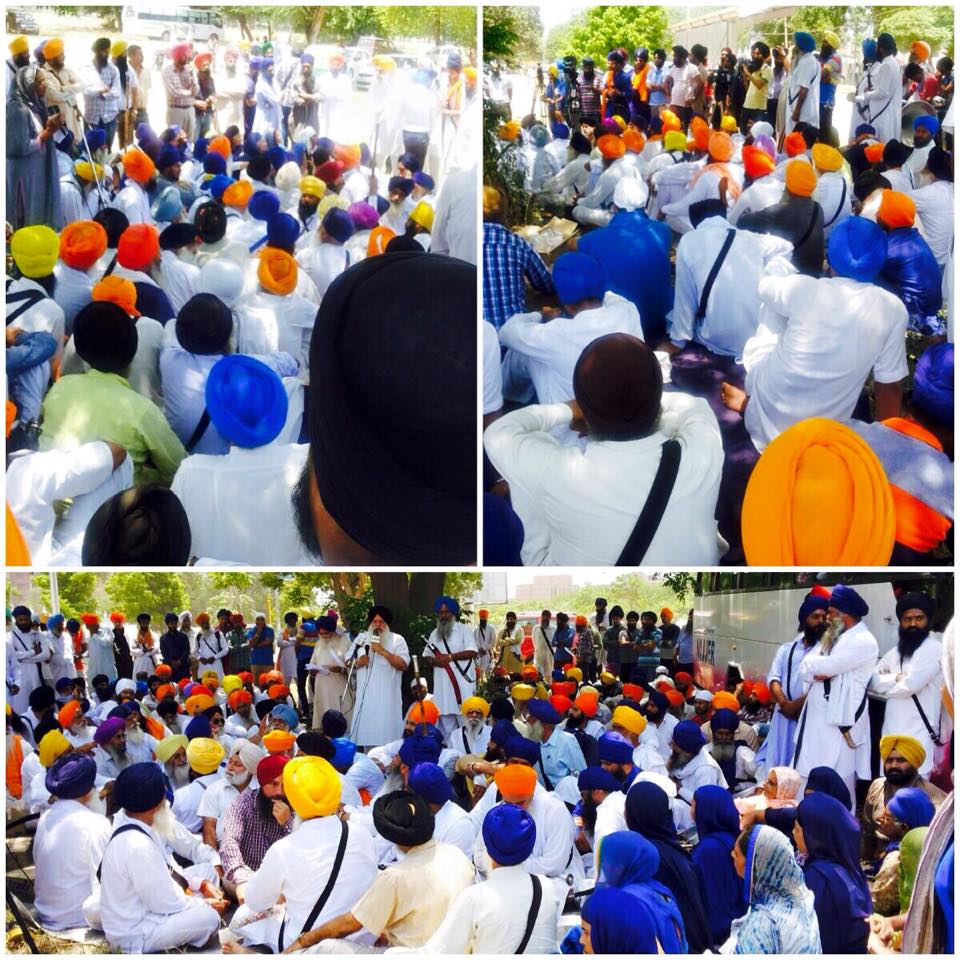 Sikh protesters held a rally opposite to Gurdwara Amb Sahib 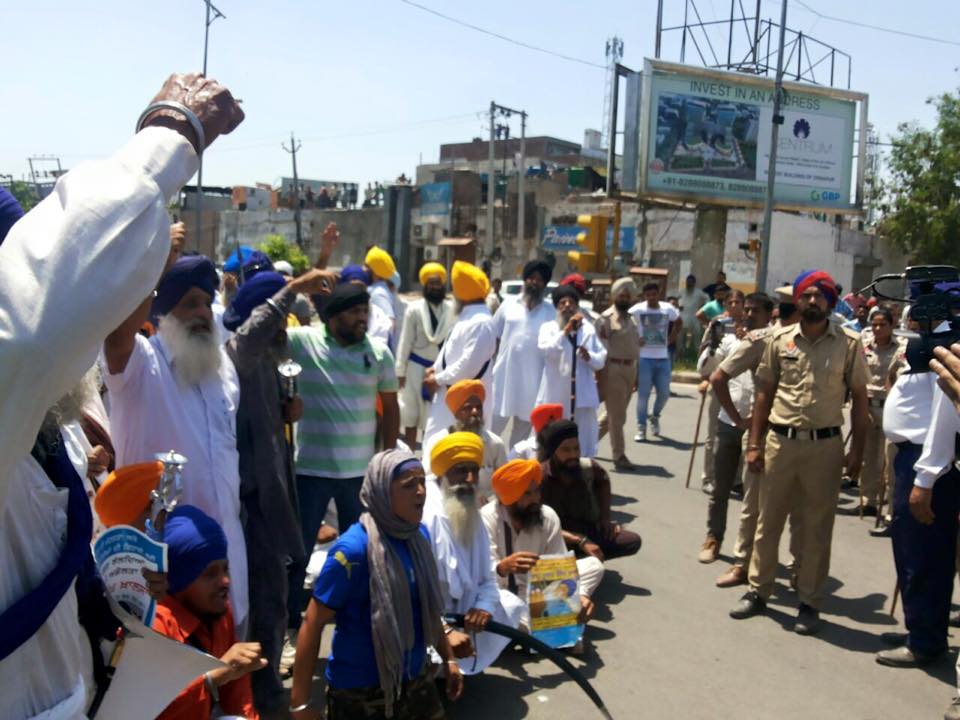 Sikh activists at the barricade 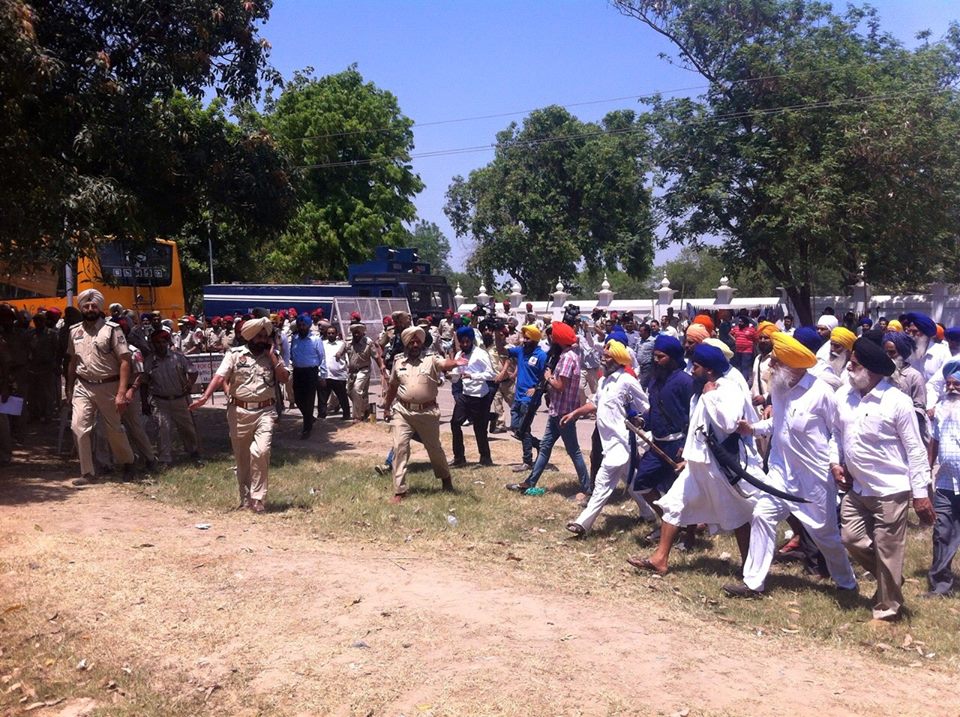 In wake of today’s protest there was heavy police deployment near Gurdwara Amb Sahib and the road leading from Gurdwara Sahib to Chandigarh.

The police had placed barricades to prevent the entry to Sikh activists to Chandigarh at the Mohali-Chandigarh borded. 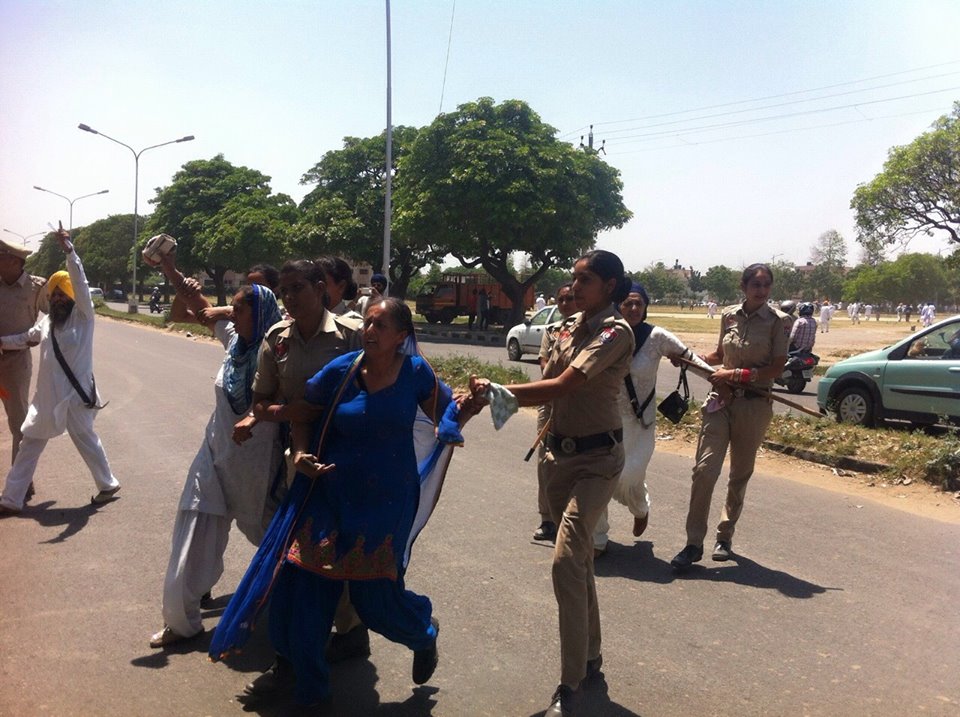 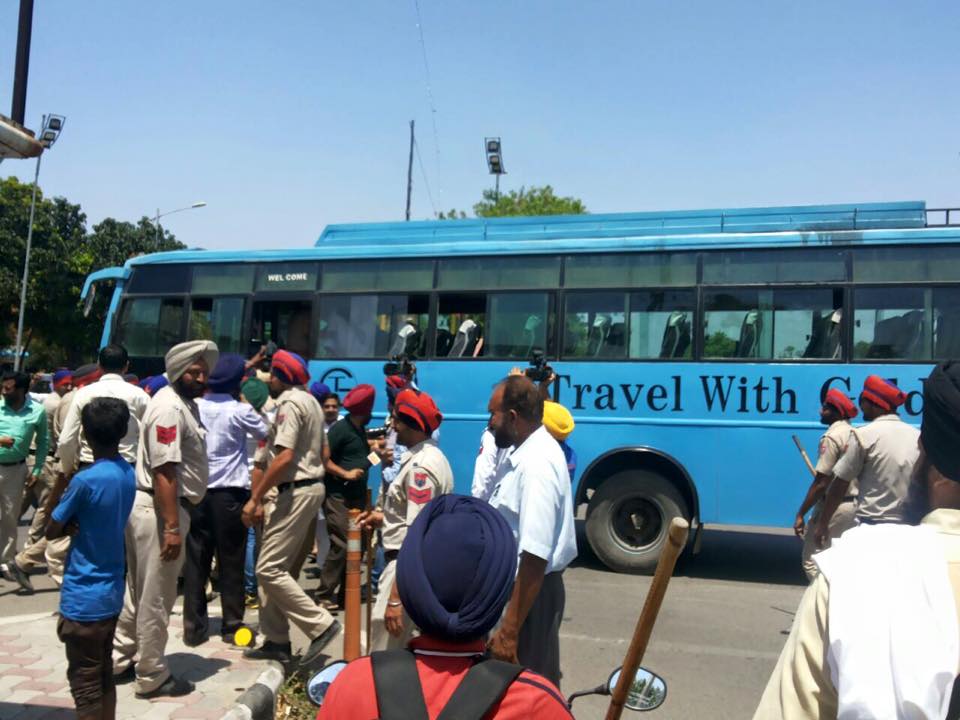 Sikh protesters held a rally at vacant space opposite to Gurdwara Amb Sahib. Hundreds of Sikhs marched towards Chandigarh after performingan Ardas. When Sikh activists tried to cross the barricades, they were arrested by the police.

Sources told Sikh Siyasat News (SSN) that the number of arrested persons ranve between two to three hundred. Source said that many Sikh women who were part of the protest were also arrested by the police.