Around 55% Sikh Voters Did Not Vote in DSGMC Polls; Counting of Votes on March 01

New Delhi: The polling turnover in the Delhi Sikh Gurdwara Management Committee (DSGMC) elections remained 45.77%. The polling was held for all 46 seats of the Gurdwara management body on Sunday (Feb. 26). There was a 2% rise in the voting percentage as compared to 2013 elections. In 2013 the polling percentage was 43.4%. 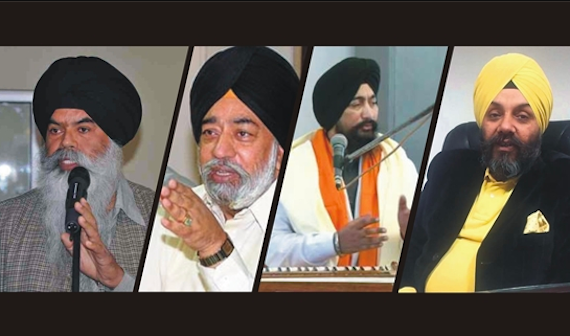 Till 1 pm, about 20 per cent polling was recorded. Most of the polling booths were seen empty in West Punjabi Bagh, identified as one of the hyper-sensitive wards.

Shiromani Akali Dal (Delhi) president Paramjit Singh Sarna and outgoing DSGMC general secretary Manjinder Singh Sirsa were the main contestants from the ward. Sirsa is the youth leader of SAD (Badal) in Delhi. Sarna claimed his party would bag 34-36 seats out of 46, while Sirsa said they would have a clean sweep with 42 seats.

Outgoing DSGMC president Manjit Singh (GK) said: “SAD (Badal) will be given another chance to work in the gurdwara committee.”

The DSGMC is responsible for managing the historical gurdwaras in the city and a few educational and social institutions. Polls to the cash-rich body, headquartered in Gurdwara Rakab Ganj Sahib with an annual budget of around Rs 100 crore, are held every four years.

Voting was conducted peacefully under the gaze of around 8,000 police personnel.