Since the fateful incident has occurred, there has been hue and cry, protest dharnas, shutdowns but despite public outcry, there has been no legal proceedings against guilty police officers and this speaks of Akali Govts’ double standard, said party spokesman Kanwarpal Singh in a statement to media,”To soothe hurt sentiment CM should deliver justice”. 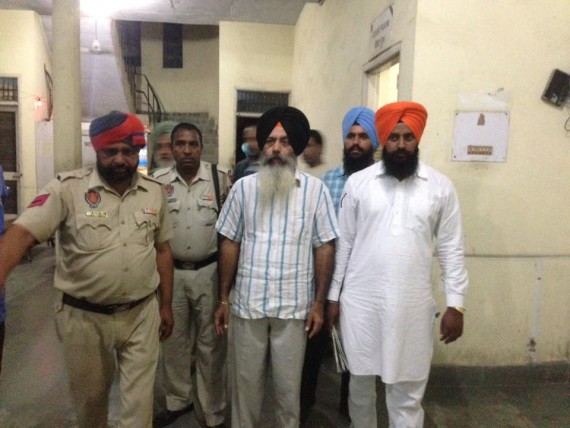 Notably, Kanwarpal Singh along with two other youth wing Sikh Youth of Punjab’s  members Paramjeet Singh and Gagandeep Singh have been put behind bars since Oct 9 for apprehending campaign against Takhat Jathedars for pardoning Gurmeet Ram Rahim. Today, they brought to court for appearance  that fixed next date for 2nd November.

On their detention, he said it has been done on the behest of Badals as their campaign against pardon has antagonized them and exposed their design behind it.

“Jathedars, have repealed their faulty decision, but ironically we were still behind bars without any valid legal reasons. Worst, judiciary is silent against Govt’s injustice”, he said.

Endorsing the protest lodged by Ragis, SGPC employees against Akaal Takhat Sahib Jathedar, he reasserted that all five Jathedars should quit the post as they don’t deserve it after losing credibility and faith of the community.

On the arrest of two brothers in a Bargadi sacrilege case, he said the Govt should reveal the hidden hands and faces behind the sacrilege and their ulterior motive in a transparent manner because most of police claims looks doubtful.

He appealed to protesters not to create inconvenience to public (Sangat) as it would ultimately create wedge between them and the ordinary Sikh. “I appeal to sikh brethren to direct their anguish and strength against those who were responsible for degrading Sikh Institutions and disciplined their protest to achieve results.