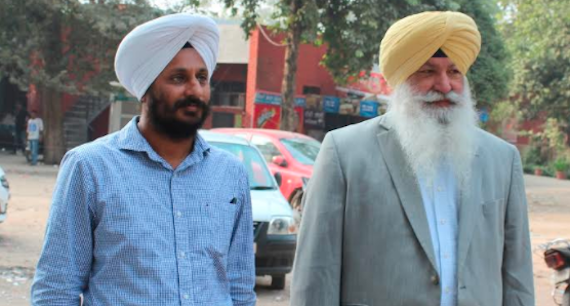 Resham Singh Sandhu was presented before a duty magistrate today by the district police, who committed him to police custody for one day.

Resham Singh Sandhu was represented by Advocate Simranjit Singh who had opposed the remand plea. Interacting with media persons Resham Singh Sandhu said that Punjab government had no respect or sympathy towards N.R.Is. He said that he had not expressed any views during Sarbat Khalsa 2015 Panthic gathering at village Chabba on Nov. 10, 2016 but still the police has booked him under sedition. He said that the video recording of the Samagam was already available with the trial court, still the police was granted his remand for one day ‘inquiry plea’.