It is learnt that a section of Aam Aadmi Party (AAP) MLAs in Punjab, including Leader of the Opposition Sukhpal Singh Khaira, Kanwar Sandhu and HS Phoolka, has decided to stay away from a meeting called by Punjab affairs incharge Manish Sisodia in Delhi on Sunday. They are considering forming a regional party, if need be. 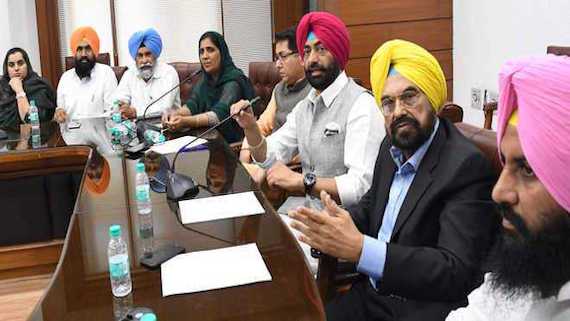 A report in The Tribune (TT) notes, “One of the MLAs, who did not want to be named, said 14 MLAs, led by Khaira and Sandhu, were of the view that the only option before them was to quit AAP and form a political outfit to safeguard Punjab’s interests”.

Journalist turned politician Kanwar Sandhu, the party MLA from Kharar, in a statement, claimed they had in December last year asked the leadership to allow autonomy to state units. “The proposal on autonomy, if implemented in toto, can avert a split in the party. Khaira too is on board on this.

“It should be full autonomy, which means the state unit should have its own constitution, membership, structure, funding and manifesto. We will have our own president and working committee,” he said.