Expressing grief over the death of Baba Bhupinder Singh, he said unless the identity of the attackers are not known, it’s difficult to reach at the conclusion. 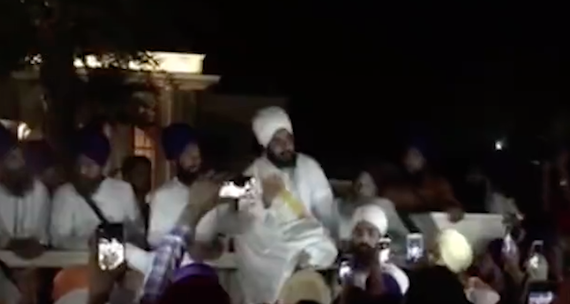 Dal Khalsa said in a written statement (copy available with the Sikh Siyasat News) that the violent attack by three dozen people speaks of ineffectiveness of the intelligence set up of the state government that spends its entire energy and resources only to spy on ruling party’s political opponents and creating mistrust in their ranks.

Referring to the reports that alleged attackers had raised slogans in favour of Khalistan, he said Bhai Ranjit Singh was neither anti-Khalistani nor enemy of the Panth, instead he commands good respect within the community. He said the cause of Khalistan had nothing to do with this shameful act.