Chandigarh: A vacation bench of the Punjab and Haryana high court yesterday sought a status report from Punjab Police on the investigation into the May 17 attack on Sikh pracharak Bhai Ranjit Singh Dhadrianwale, on the petition of his two followers demanding the Central Bureau of Investigation (CBI).

The vacation bench of justice AB Chaudhri was hearing a petition filed by Jasvir Singh and Gurpinder Singh, who were part of the cavalcade that had come under attack in Ludhiana. Bhai Ranjit Singh Dhadrianwale’s companion Bhai Bhupinder Singh was killed in this atatck. 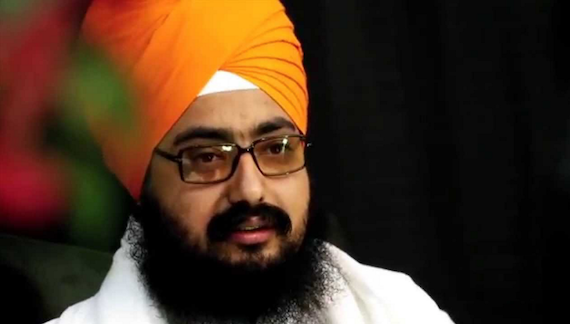 Bhai Ranjit Singh Dhadrianwale and his driver, Kulwinder Singh, had also moved the high court on June 2, seeking a CBI inquiry and alleging that Damdami Taksal (Mehta faction)’s head Baba Harnam Singh Dhumma was behind the attack. Both petitions will be taken up on July 7.

According to Hindustan Times (HT), The followers in their petition, too, have alleged the role of Baba Harnam Singh Dhumma in the attack and submitted that police had neither arrested the head of Damdami Taksal (Mehta faction) nor tried to interrogate him even after he had threatened Bhai Ranjit Singh Dhadrianwale openly and turned out to be owner of the recovered getaway Tata Safari vehicle. “The registration certificate submitted in the court shows clearly that Baba Harnam Singh Dhumma is involved directly in the incident,” the petition claims.

The petitioners accused police of “colluding” with the accused, thus necessitating an inquiry by an impartial agency.